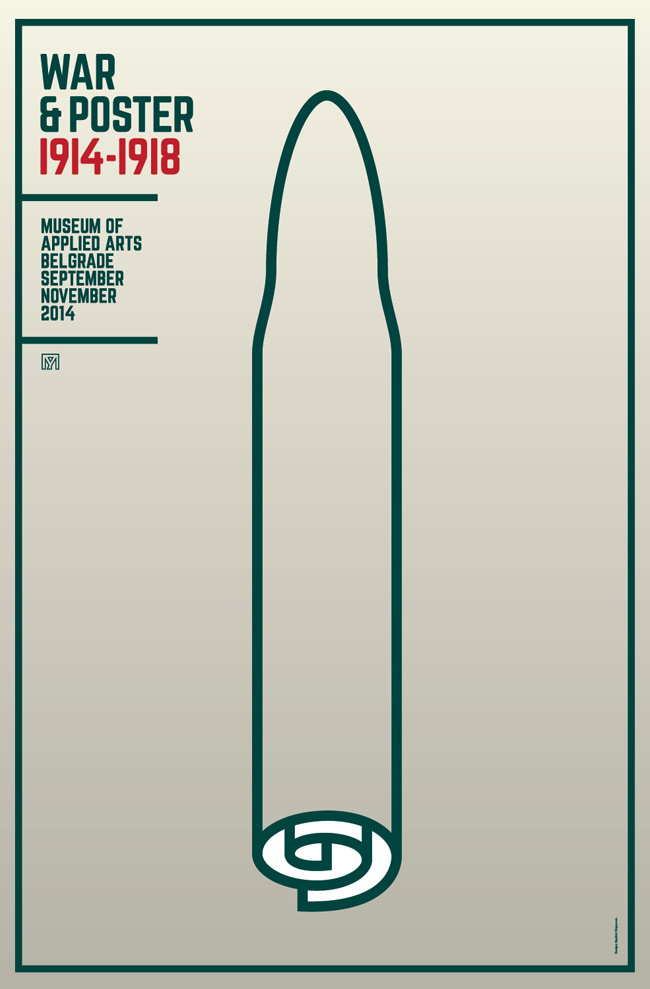 For the second Poster Monday spot we have a poster from Slavimir Stojanovic. He was born in Belgrade, Yugoslavia in 1969. His design career started when he was 16. He studied at Design Higschool in Belgrade, at the Academy for Applied arts and Design and at HDK in Gotheborg, Sweden.

Between 1992 and 1999 he worked at S Team Bates Saatchi & Saatchi. From 1999 to 2007 he lived in Ljubljana, Slovenia working at Kompas Design, Arih Advertising and his own Futro Creative Service Unit. From 2010 he works as a creative director at Communis DDB, Belgrade. More recently, he became a partner at Designis, design and branding agency, also in Belgrade.

His work in the domain of visual communication, design and advertizing has brought him more than 200 international awards, including: Epica, Cresta, Clio, Eurobest, Golden Drum, ADC, TDC, Brumen, Grifon, Global Award and numerous others. His work has been reviewed in prestigious world magazines, among which are Graphis, Print, Communication Arts, Computer Arts, How, Media Marketing, MMKreativ, Novum and others. His acts are in the collections at the Museum of Art and Advertising in Hamburg and the Museum of Posters in Warsaw. He has been included in Taschen’s Contemporary Graphic Design book, as well as in 30 New Masters of Poster Design published by Rockport.

The poster we are featuring here under the title “War & Poster” was designed for the upcoming WWI war posters exhibition at the Museum of Applied Arts in Belgrade.

Find out more about Slavimir’s work visiting his personal website.