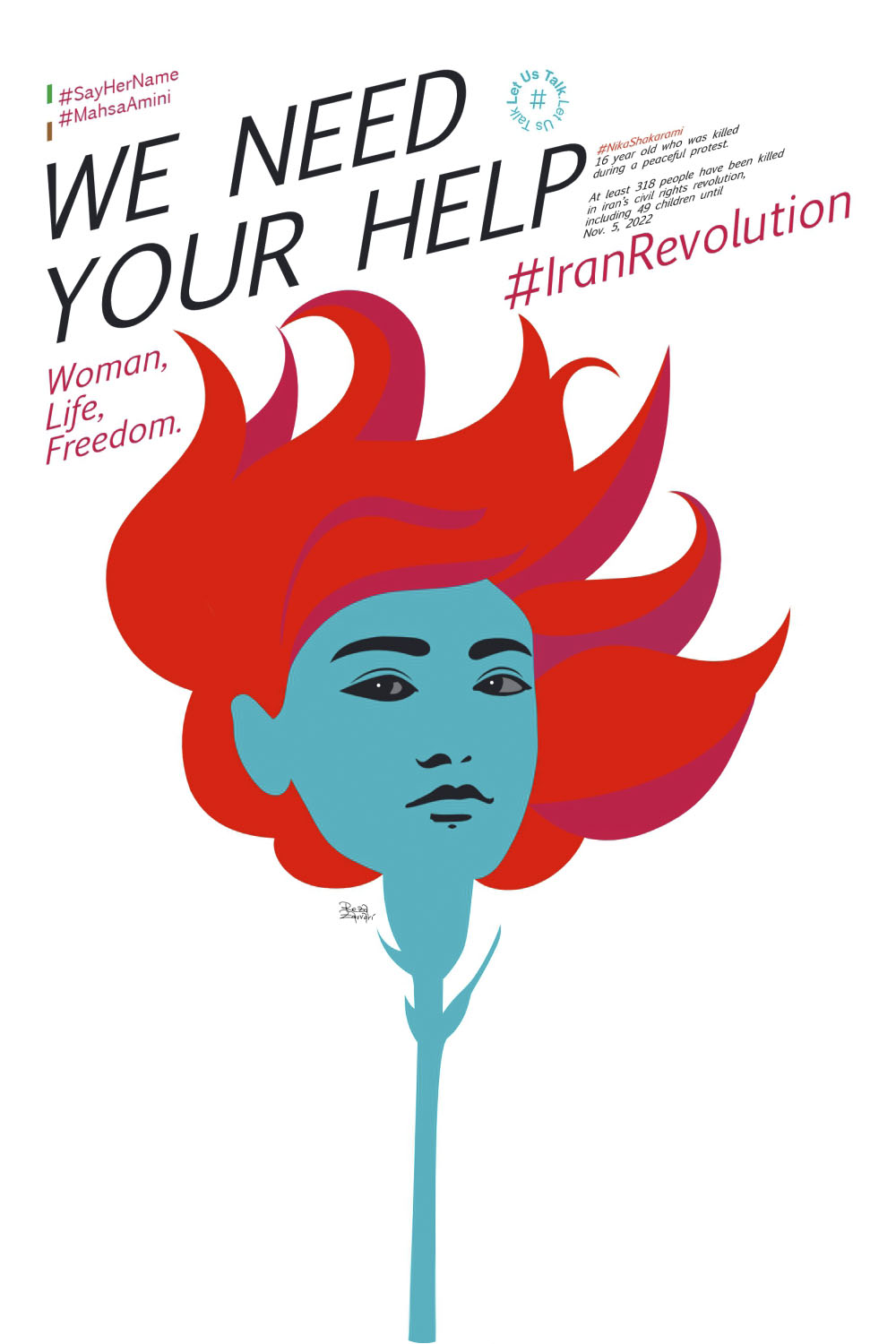 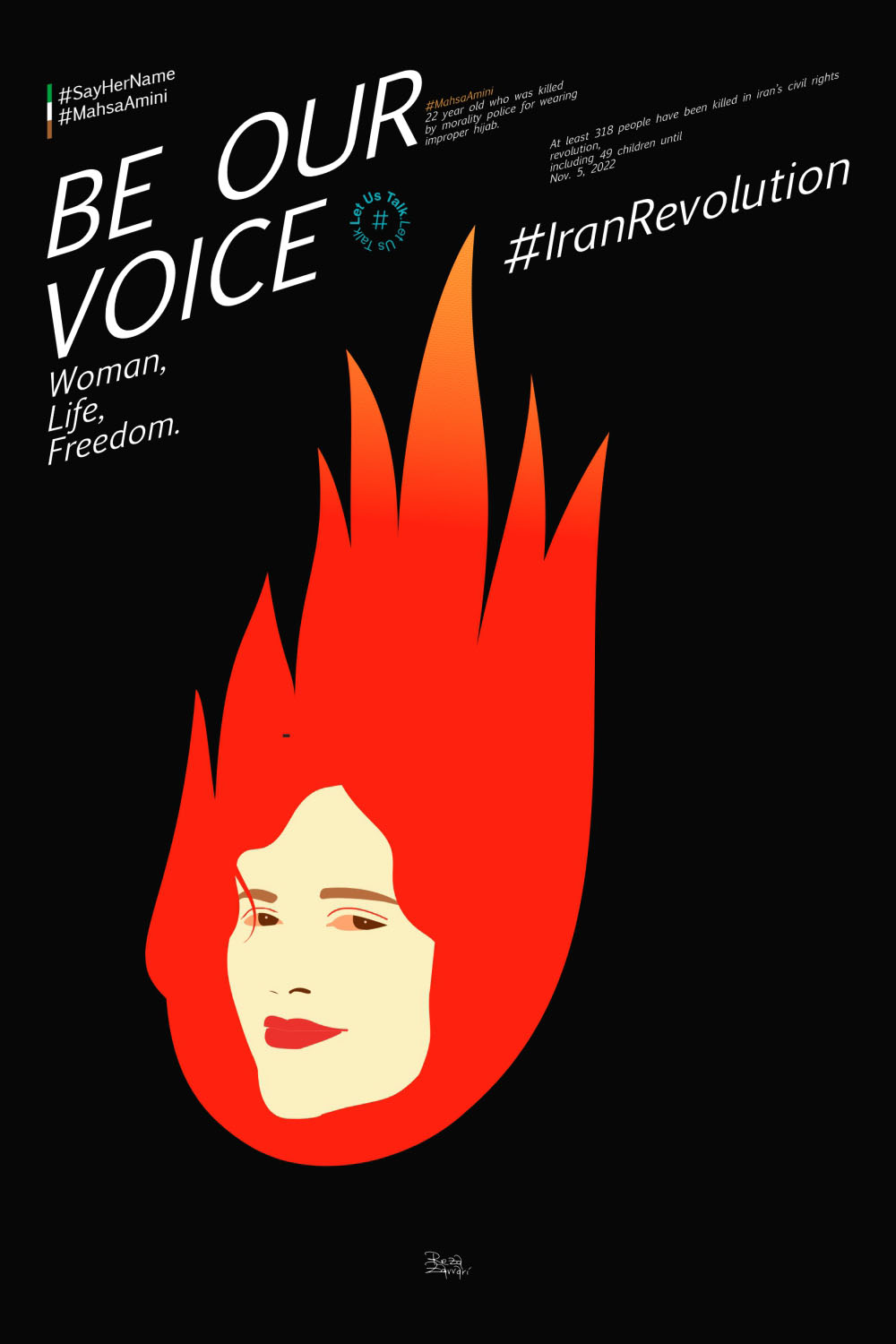 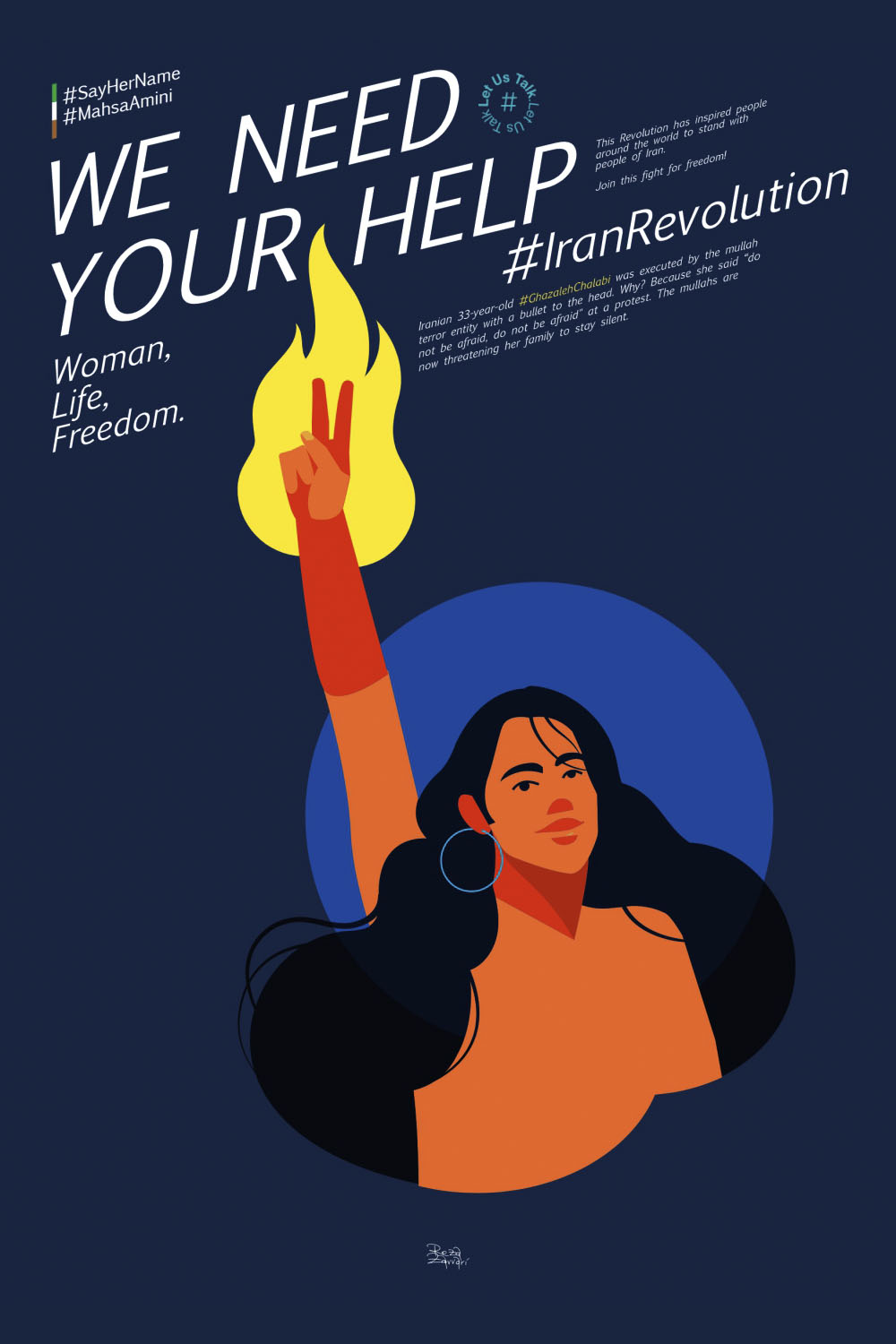 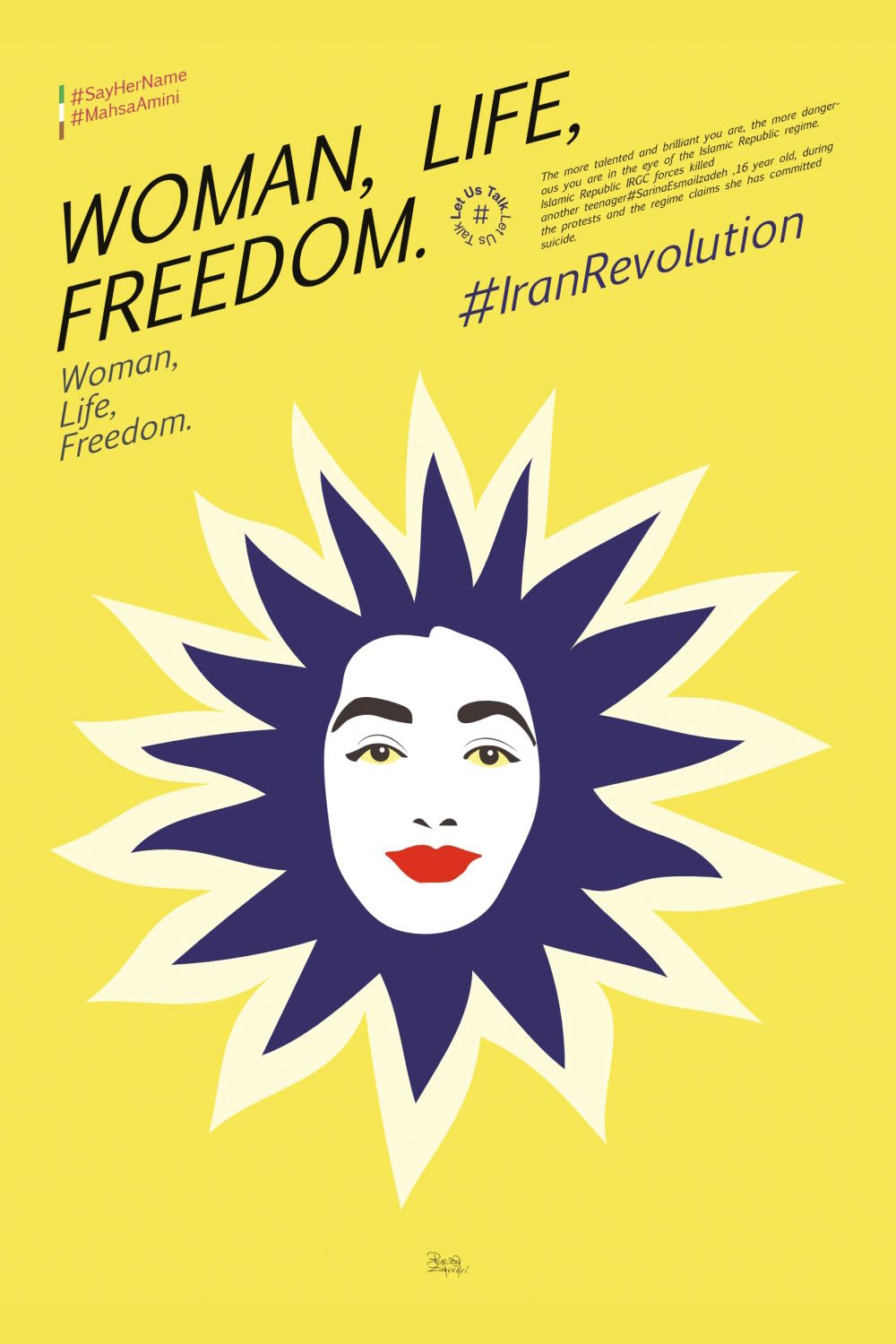 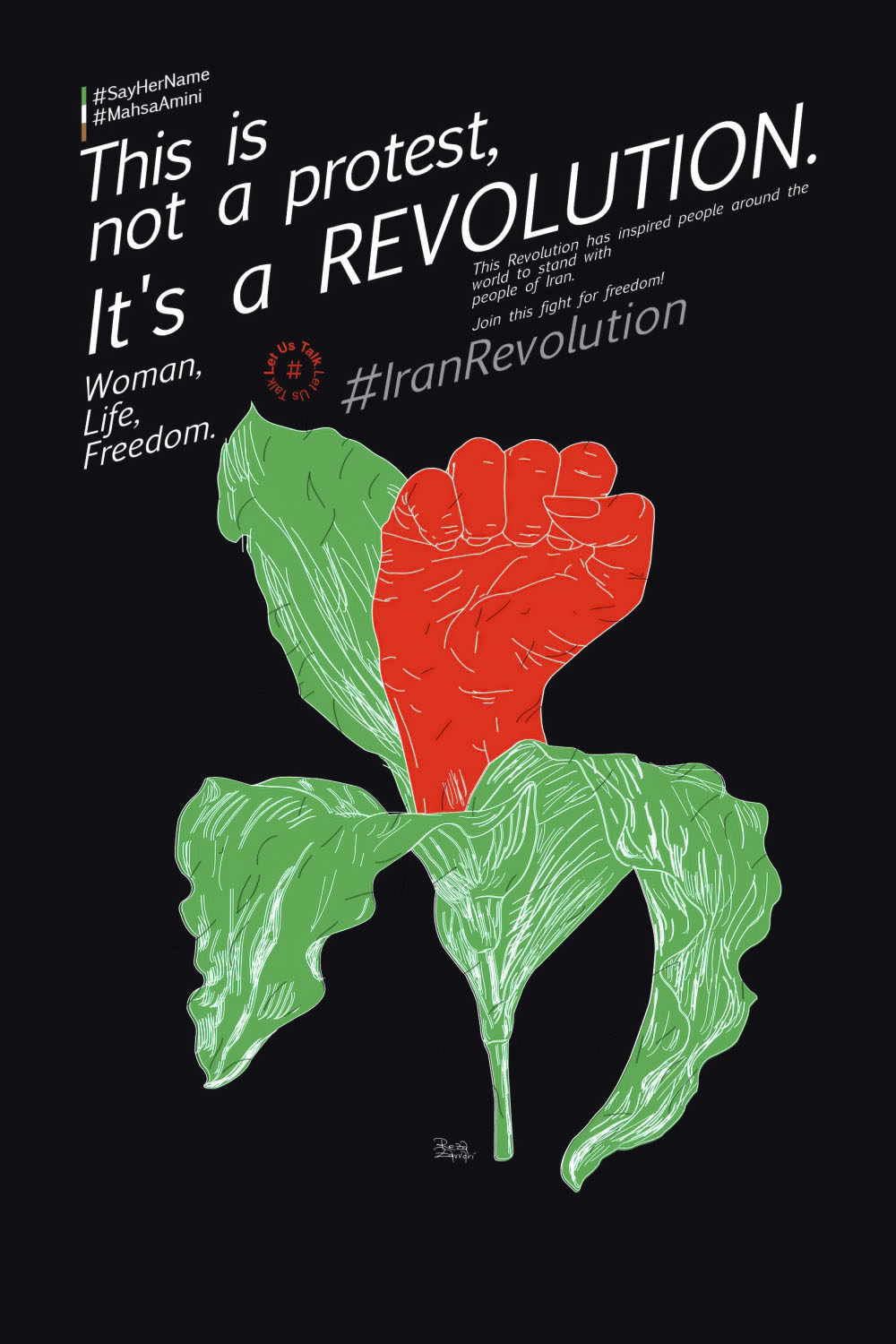 For the first Poster Monday of December we featuring the series of posters “Woman, Life, Freedom” from Rezå Zavari. He is an art director, graphic designer, ceramic sculpture and Art Director at MigrArt currently residing in Vienna, Austria.  Rezå has received countless awards for his work in the field of design such as: The second choice of the graphic book of Holy Defense 2013, 2nd winner of the 7th Biennial of Contemporary Iranian Ceramics, 2008, Graphic Award|cover design| The 11th National Press Festival 2013, Chosen of the 10th Youth Visual Arts Festival of the country, sculpture section.

The protest movement in Iran has been building into a potentially big change in Iranian society and not just for women. Although the detonator was the unfortunate death of the young Mahsa Amini at the hands of the moral police and at first the protests demanded justice, now the Iran’s morality police, which is tasked with enforcing the country’s Islamic dress code, is being disbanded, as the country’s attorney general says, this shows a light of hope for a peaceful resolution and other possible changes for the entire country.

If you would like to learn more from Rezå Zavari and his work visit his Behance and stay tuned with us until we reveal the next Poster Monday spot, visit our facebook page and find out more about poster news, events and competitions.