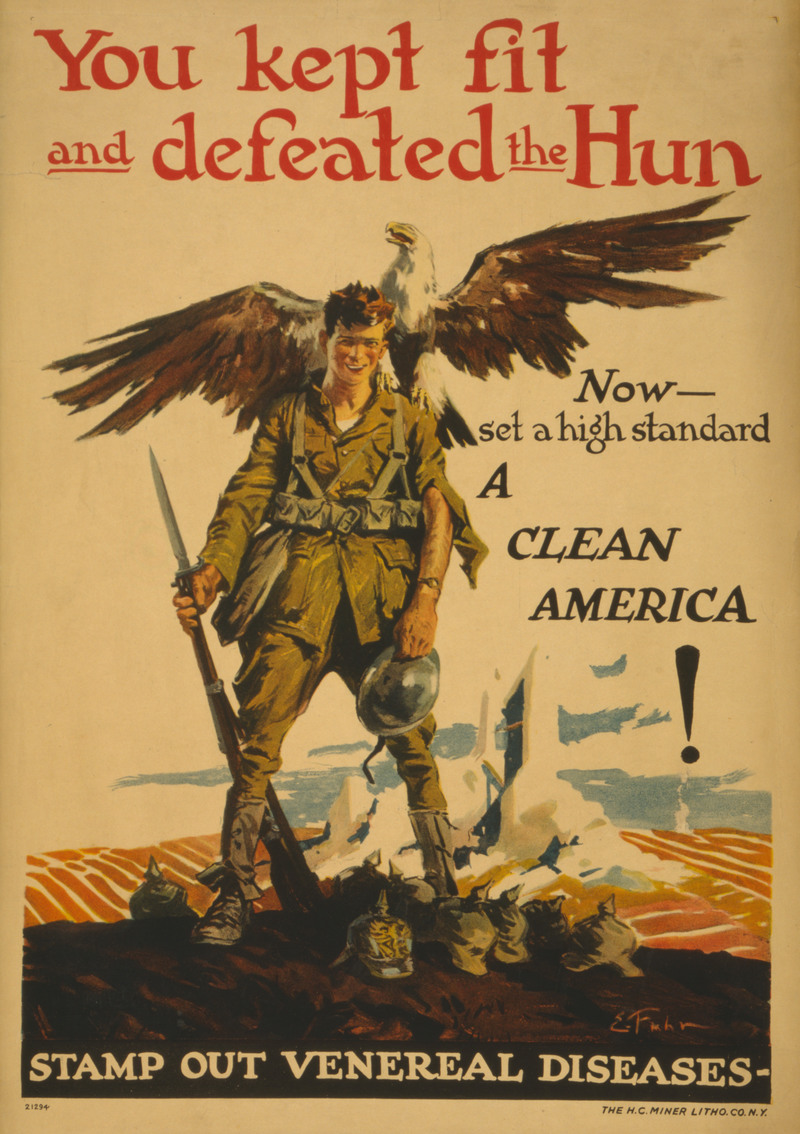 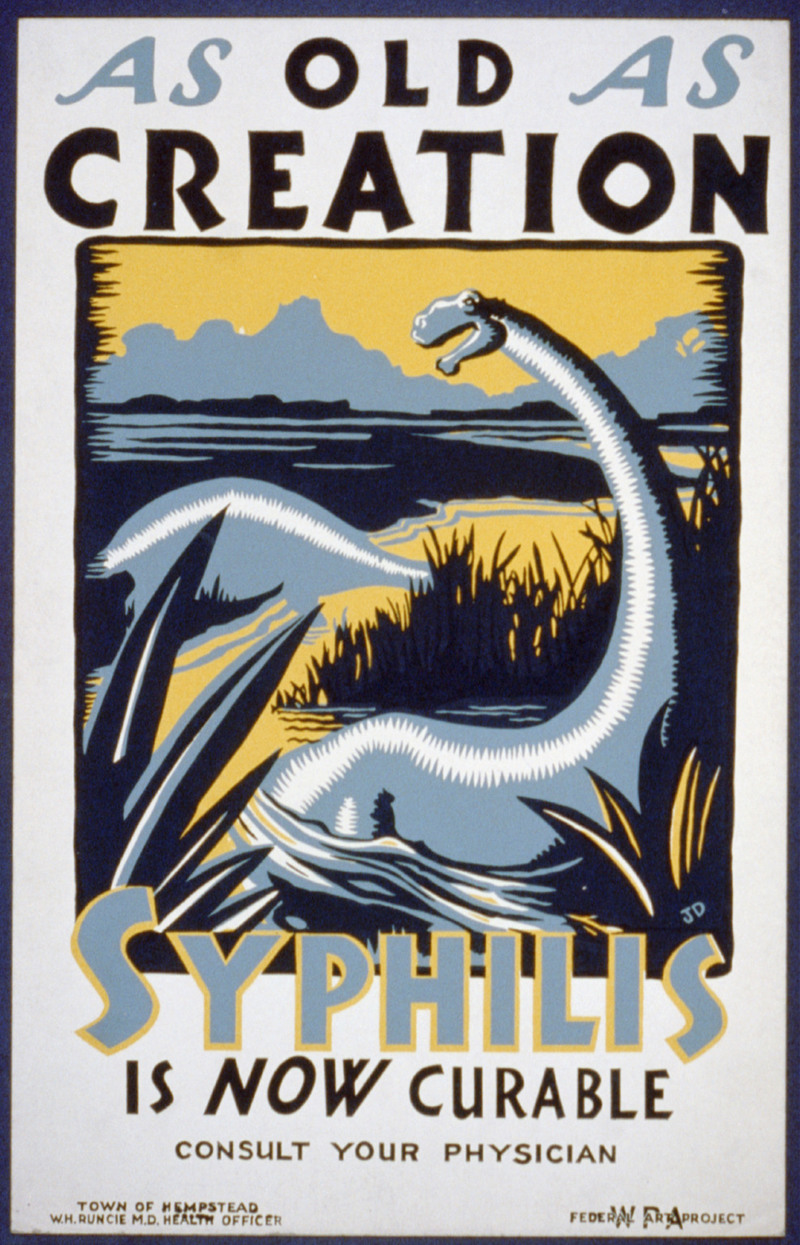 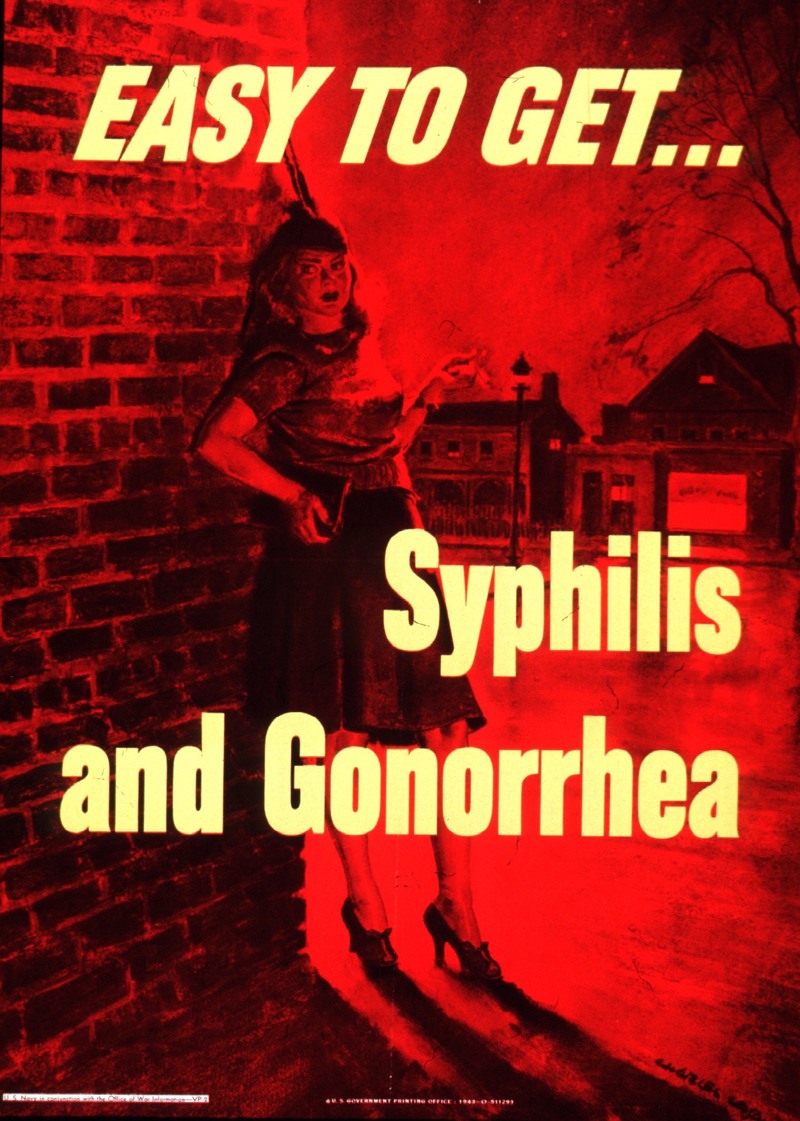 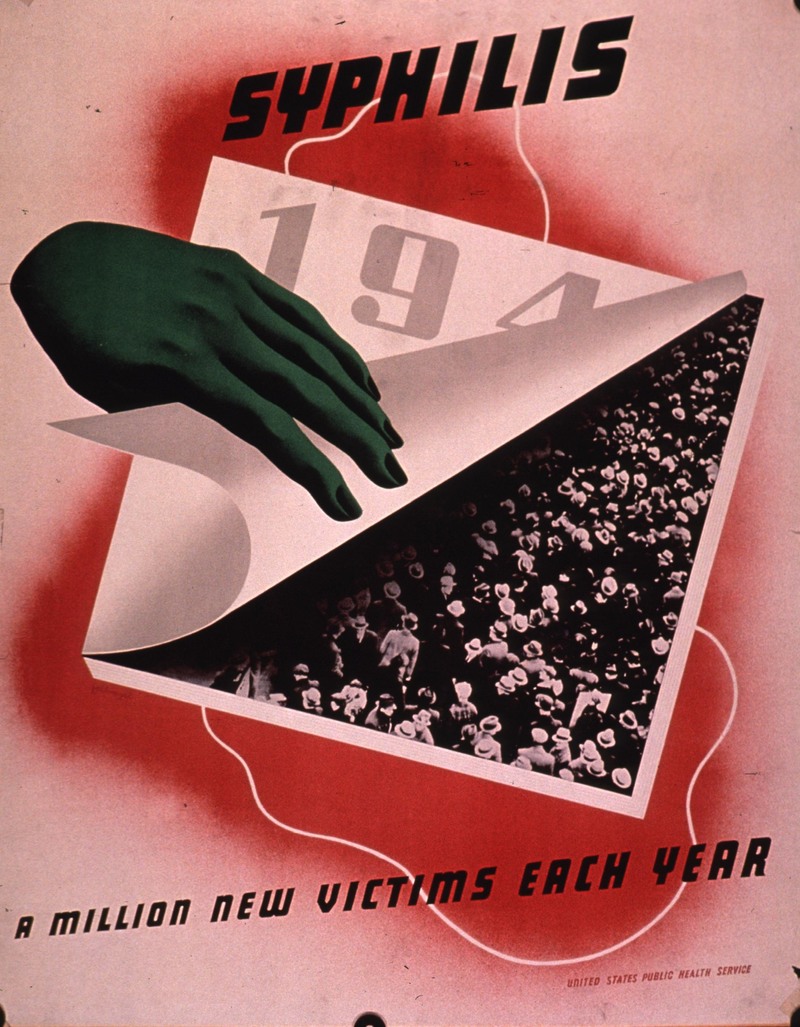 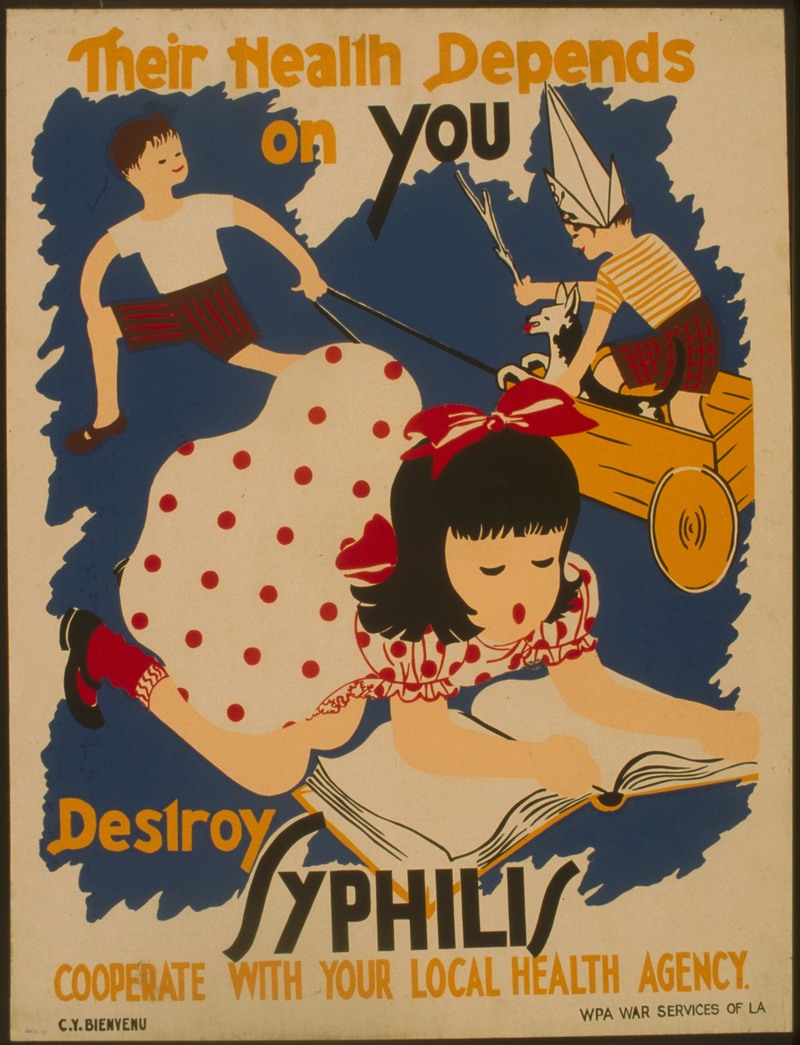 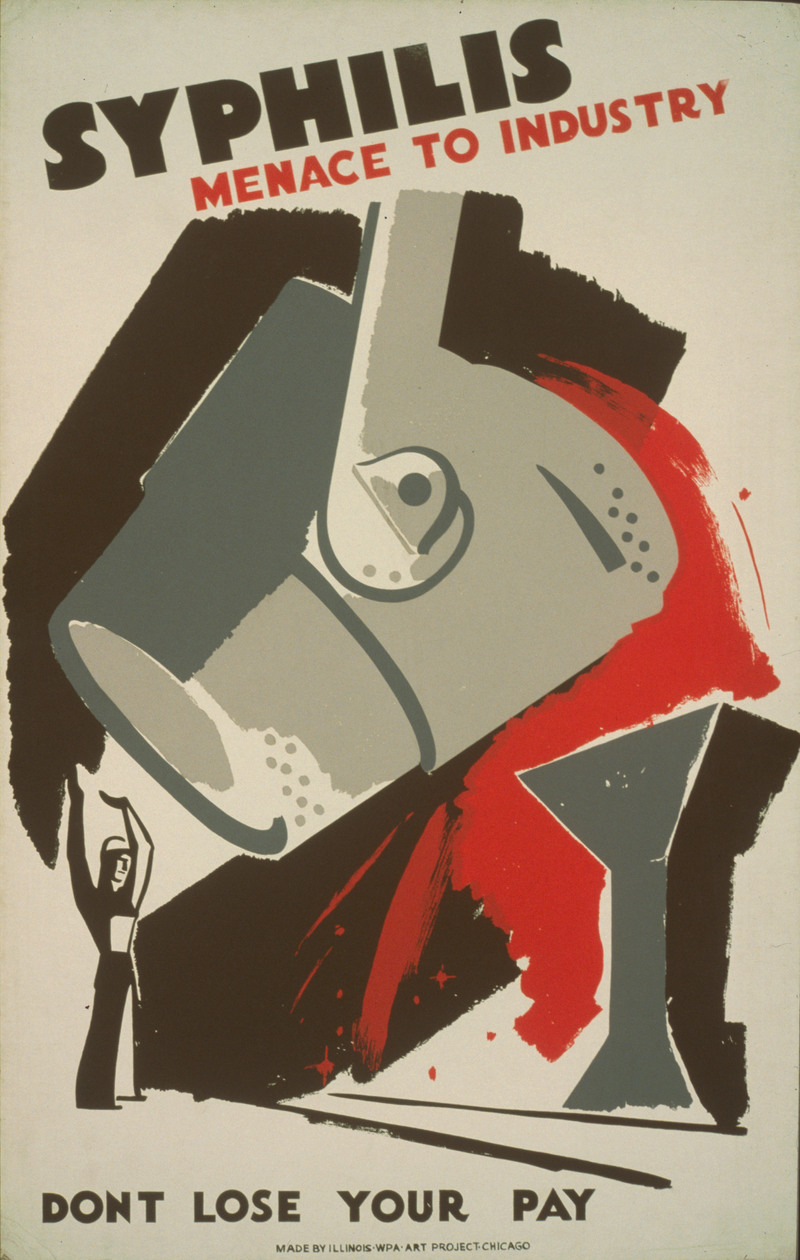 Sexually Transmitted Diseases (STD) have been very well known to mankind for ages, and posters too. So why not trying to combine them boith in an informative way?
That’s exactly what they did, poster designers of that time, in order to prevent soldiers from geting one of those infections that could affect their war-time performance.

In the years that followed World War I, STD’s such as syphilis and gonorrhea, remained persistent public health challenges in the United States, so the Works Progress Administration (WPA), as part of its Federal Art Project, produced a series of eye catching posters for use in local and state health departments, many of which urged men and women to get tested, and portrayed venereal disease as a threat to families and worker productivity.