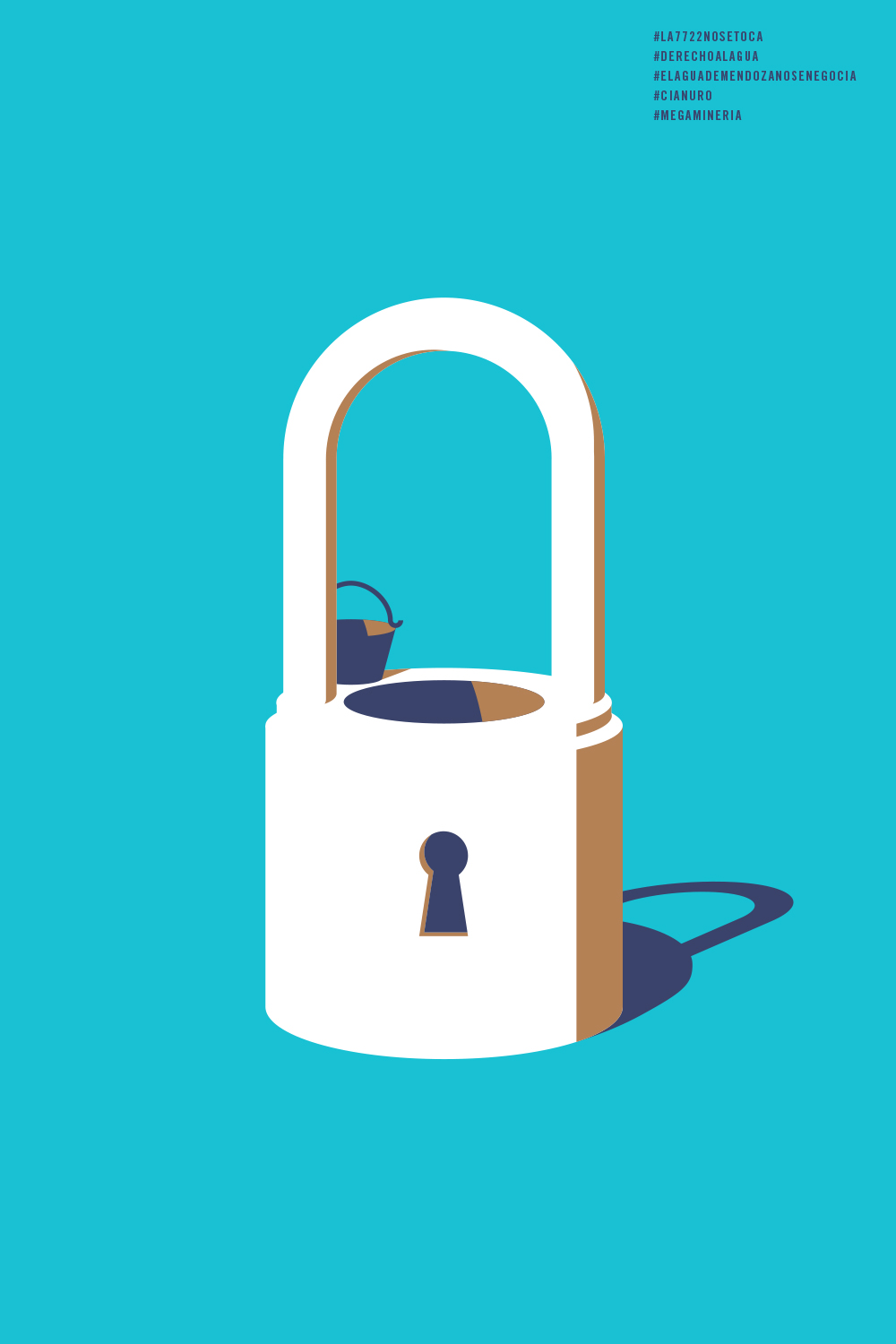 For this new edition of Poster Monday we have a poster from the talented Octavio Martino, a graphic designer based in Cordoba, Argentina. He was born in a tiny tiny town called Los Cisnes. “At the end of my street a wheat field began. Or corn, depends on the season. When was time to college, I moved to the city of Córdoba and studied Biology, Arts and (finally) Graphic Design. A few years ago I moved to the suburbs to get more in touch with nature. I got mountains, trees and birds now” tell us Octavio. His work was published in many books and magazines worldwide such as Communication Arts, Taschen, Rockport, How, DGV Berlin, among others, and exhibited in several countries as well.

The poster we are featuring here today is called “Right to Water” In 2019, the government of the city of Mendoza tried to change law 7722, to take privileges from water use and to be allowed to spread cyanide in it. So citizens and activists took the streets to complain. A design collective began to create artworks and spread them on the internet to visualize the problem, and invited other designers to submit their proposals too. It is not a coincidence that Mendoza has been the focus of this situation.

The province was originally a desert. It was thanks to engineering works such as the construction of irrigation ditches that brought water from rivers that Mendoza became a productive hub for fruits, vegetables and, above all, vineyards that made the country famous throughout the world. “My work process is often the same: I start reading quite about the subject until I got it clear and, once I get the idea, I try to mix different contexts to create a whole new situation (in this case, a well and a padlock). The new “object” or scenario must look natural. I don´t want it to look forced” say Octavio.

If you would like to learn more from Octavio Martino and her work visit his behance and Instagram account. Remember to submit your poster for the next edition of Poster Monday. Find all the info you need in our submissions page, and facebook.