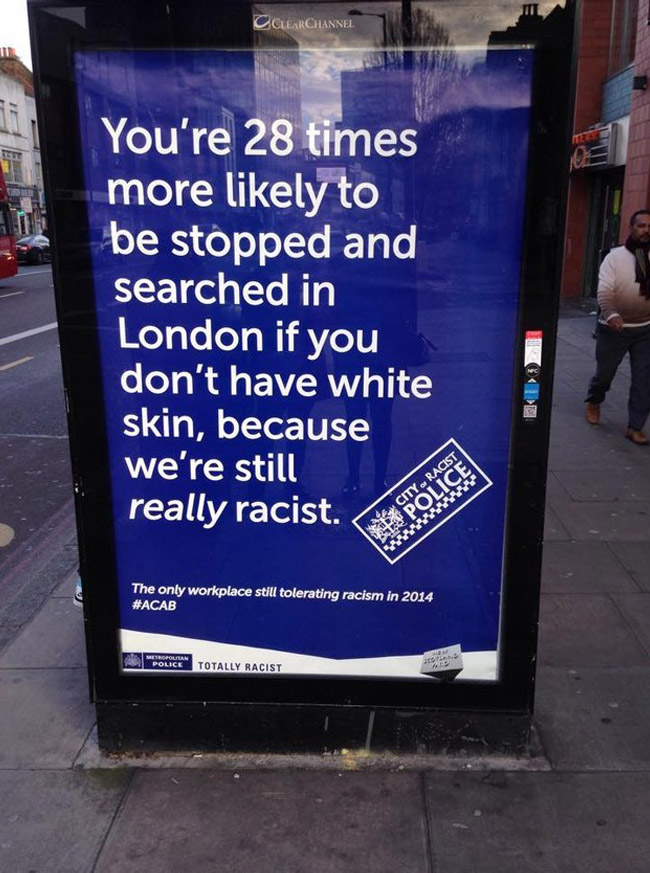 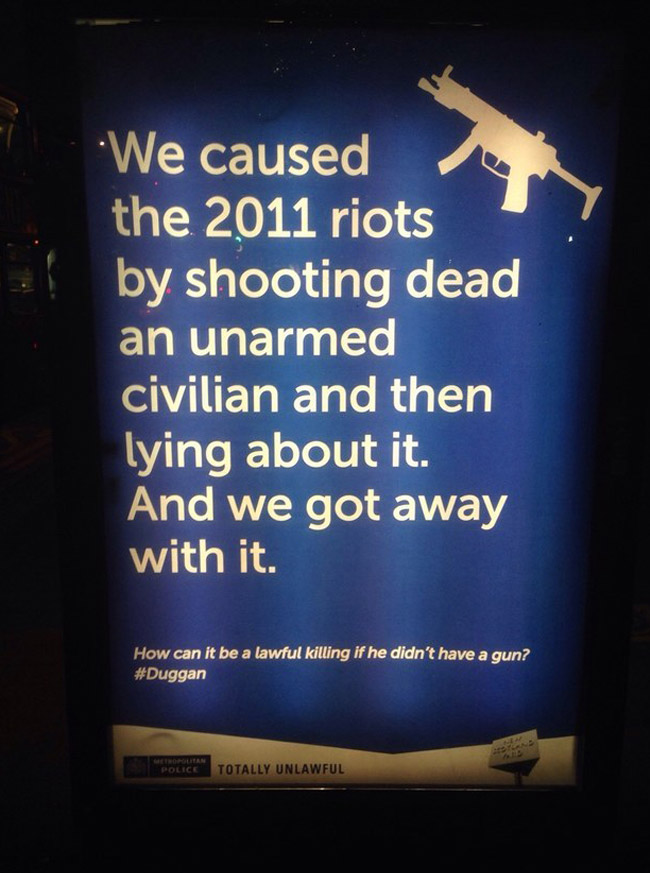 Posters have been spotted around London accusing the Metropolitan police of being racist. The first poster was seen in Whitechapel, quoting information from the findings of an Equality and Human Rights Commission report. According to this, in London, a non-white person is 6.6 times more likely to be stopped and searched, not 28 times more likely, a figure that probably relates to the West Midlands police force.

The second poster in Angel was shared on Reddit and referred to the death of Mark Duggan in 2011. Mark Duggan was shot in 2011 in an incident which sparked rioting in London. His killing was upheld as lawful in a verdict earlier this year.

Strike Magazine, an independent political publication, has taken responsibility for designing the posters. On its website, Strike described them as a backlash to the Met’s own poster budget, saying:

“It’s propaganda pure and simple: they want us to forget that they murdered Mark Duggan, an unarmed civilian, and caused the 2011 riots; they’d rather you didn’t talk about being 28 times more likely to be stopped and searched in London if you don’t have white skin; and if the heavily redacted Operation Tiberius report is anything to go by, they definitely don’t want you to know about the 42 corrupt senior Metropolitan Police officers caught literally letting criminals get away with murder. Their entire barrel is rotten, so they want to keep the lid tight shut.”