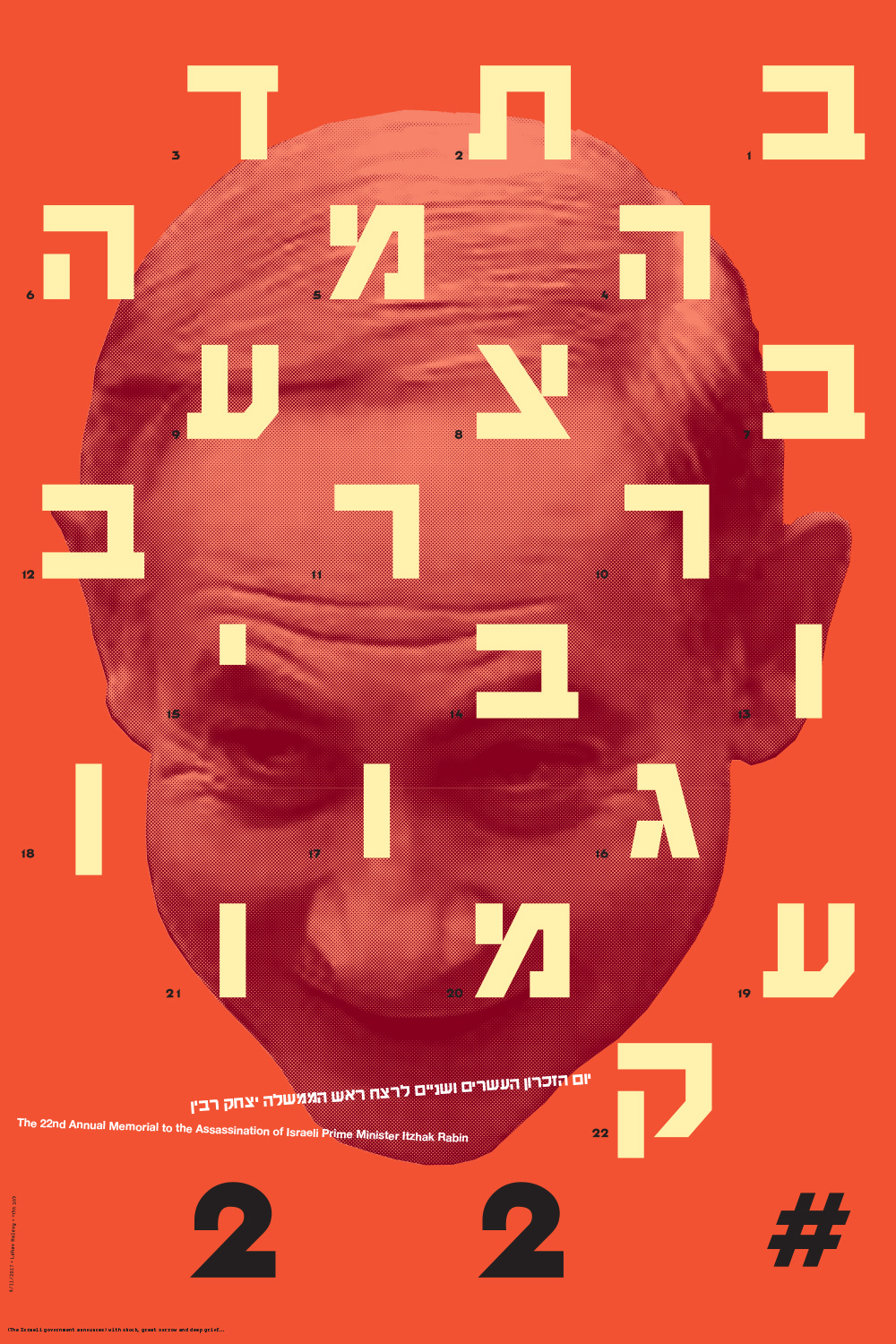 For February’s last poster we have the work of Lahav Halevy from Tel Aviv and his poster “Prime Minister Rabin 22nd Annual Memorial”. Lahav was Born 1965 and lives in Tel Aviv, is graduated the Graphic Design department in Bezalel Academy of Art and Design, Jerusalem and owner of Blue Collar Group, Strategic consulting, branding and graphic design firm. He is a political activist and in the field of design has been awarded and selected in multiple exhibitions and competitions around the world such as 2016 Golden Bee, Moscow. 2015 The Ministry of Culture and Sport Design Award. Biennales and exhibitions: 2018, Zürich, Switzerland – Design Museum – Protest! Political posters Exhibition 2018, Moscow, Russia, Golden Bee 13 2018 Moscow, Russia, 1917-2017 – 100 Years to the Communist Revolution 2017, Lahti, Finland 20th Poster Triennale 2016, Moscow, Russia, Golden Bee 12 2016, Chicago, USA – Posters of Discontent ll 2015, Tel Aviv, Israel – Tel Aviv Museum of art – “And the Winners Are” 2014, and many more.

The poster we are featuring for this Poster Monday edition was created for an Annual Memorial Prime Minister Rabin. The assassination of Yitzhak Rabin took place on 4 November 1995 his assassin was an Israeli ultranationalist named Yigal Amir, radically opposed Rabin’s peace initiative. Lahav told us “Israel is in struggle of its mere existence as a democracy. Being a designer and a lefty political activist, I fight the occupation of Palestine, I fight violence and poverty, I fight gender issues, I support Pluralism and tolerance, and the issue of political assassination “falls” in to my fields of interest, combined with my profession as designer”.

If you would like to know more about Lahav Halevy we invite you to visit web page where you can also find more posters and projects from him and if you would like to submit a poster to be featured on Poster Monday find all the info you need to participate in our submissions page.