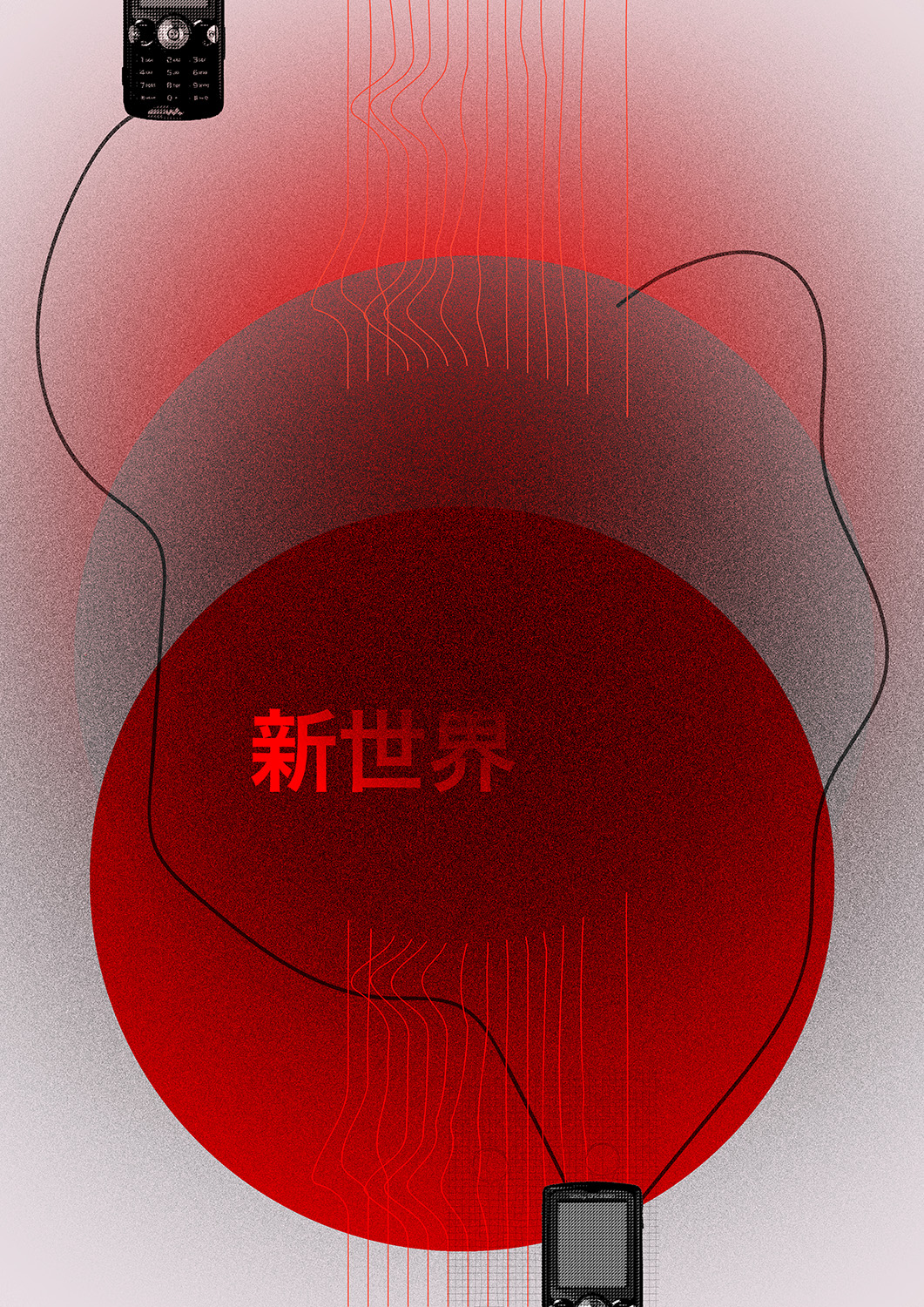 For April’s last Poster Monday spot we featuring  “The new World” designed by Mariia Ominina a Digital artist from Paris, France.
“It was a journey for me to come to the topic of ‘the new world’.  For the last 7 years, I was traveling a lot around the world. I was hit by my experience in Asia. That was the first time I had an idea to make a series of posters related to this new reality I explored. There was a lot of job on collecting the conceptions of this new world idea I have. I get to the point that it is much wider than just the difference between European and Asian civilizations.

The idea of ‘net’ and ‘confusion and even rather a lack of clarity’ appeared in my head as 2 anchors. They were the base of the visual solution I found for this project. It took me almost 2 years to finish this series due to pandemic and other bothering things around. This tragedy in Ukraine forced me to finish it. Because my first thoughts about ‘the new world’ turned into a totally different perspective. This project is about connection. About old and new. About all of us lost in this brand new world. About what is around us now” tell us Mariia.

If you would like to see more recent projects from Mariia Ominina visit her personal behance page. It simply has no waste. And for submit a poster to be featured on Poster Mondays find all the info you need to participate in our submissions page. 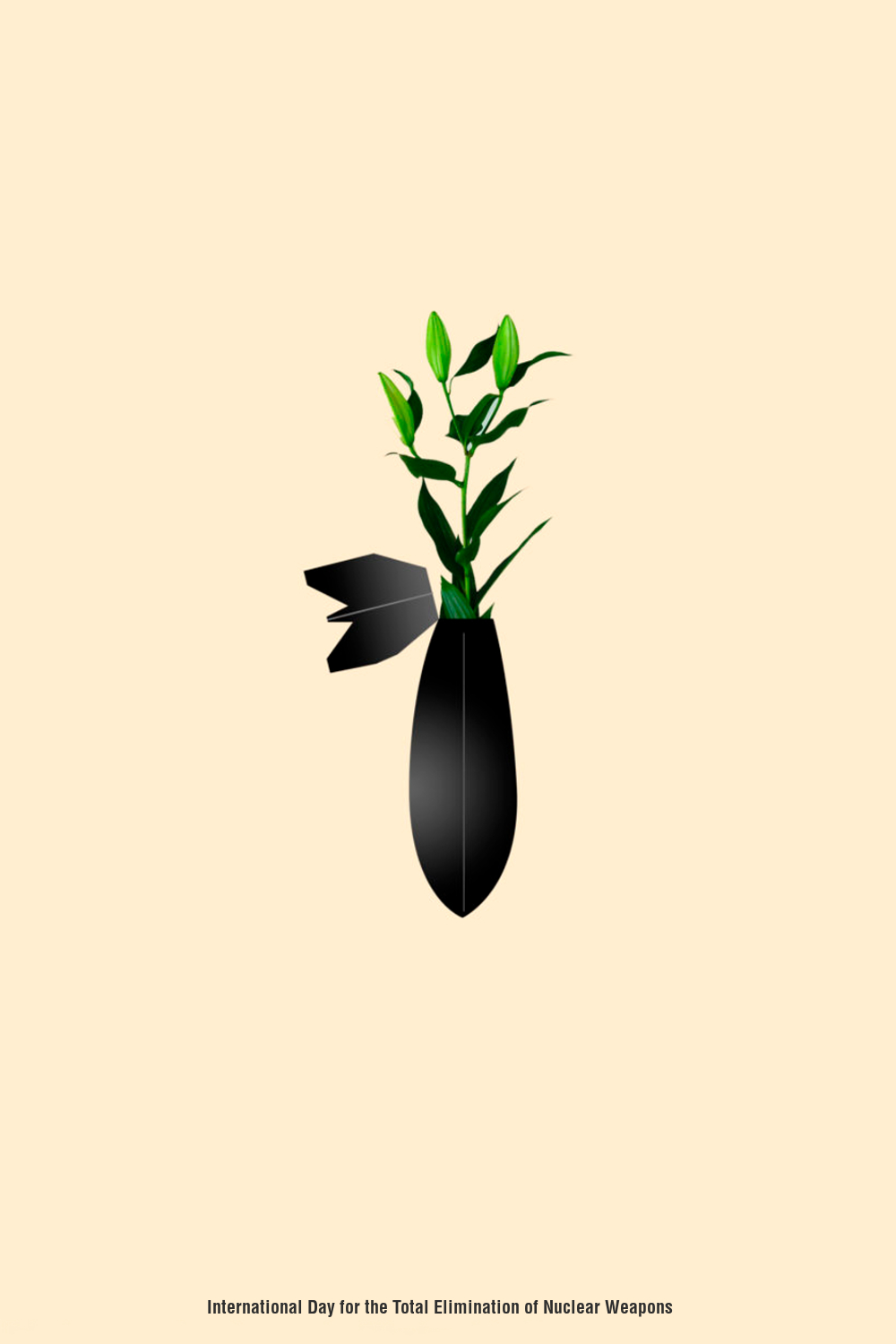 The first Poster Monday spot of July goes to Matias Vertteramo, a graphic designer from Argentina, who graduated from two schools of arts. Matias is 35 years old and has been working for editorials for more than 8 years, participates in poster biennials, and also designs the art and cover work for rock, pop, and blues bands.

This poster we are featuring here is entitled “International Day for the Total Elimination of Nuclear Weapons”. In 1946 the first resolution was passed in the United Nations to achieve nuclear disarmament, seventy-two years later there are still 15,000 nuclear weapons with the power to end life on earth. This poster tries to promote a call to peace and the elimination of nuclear weapons by means of a natural resource such as a plant, a flower, thus modifying its war-like meaning. 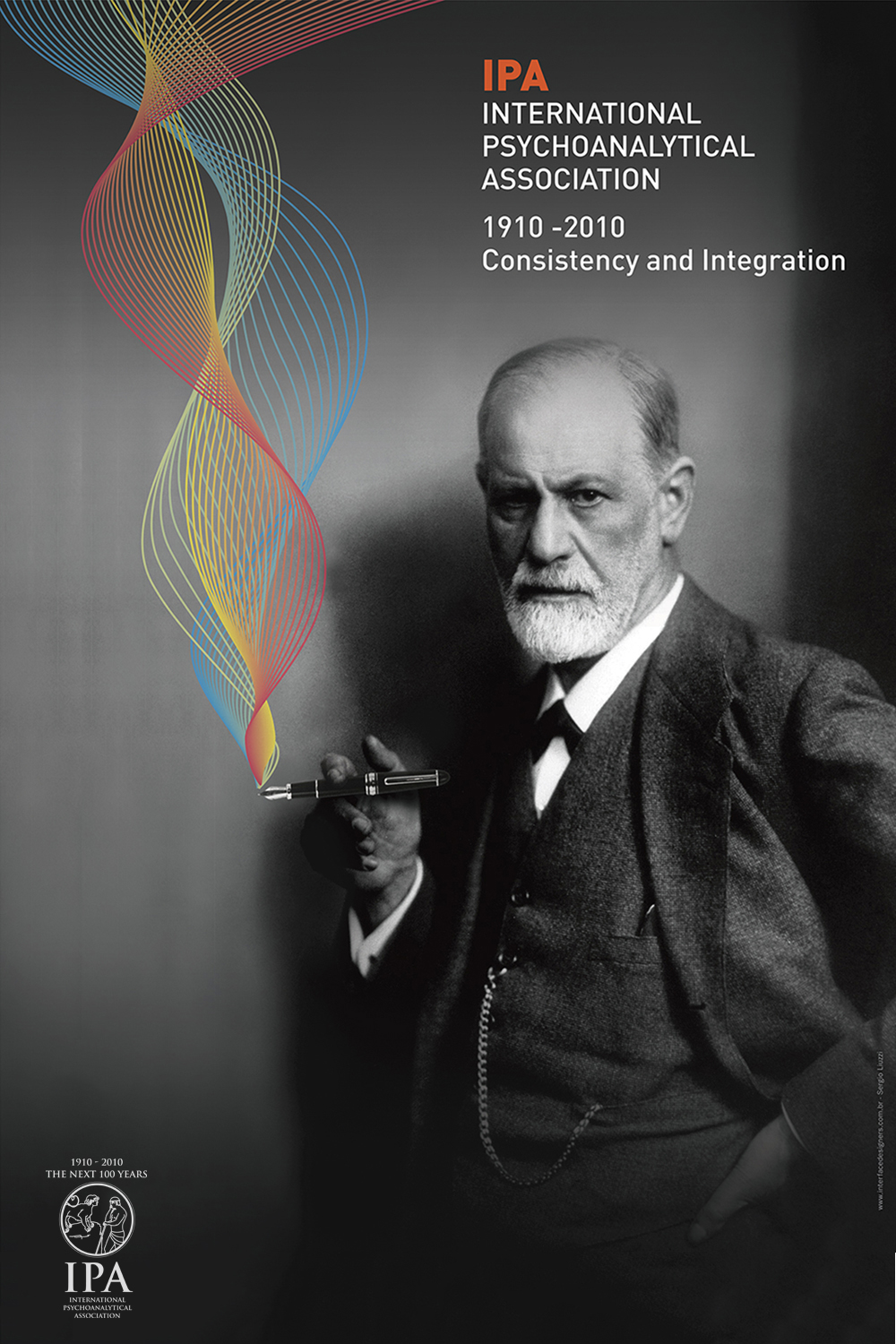 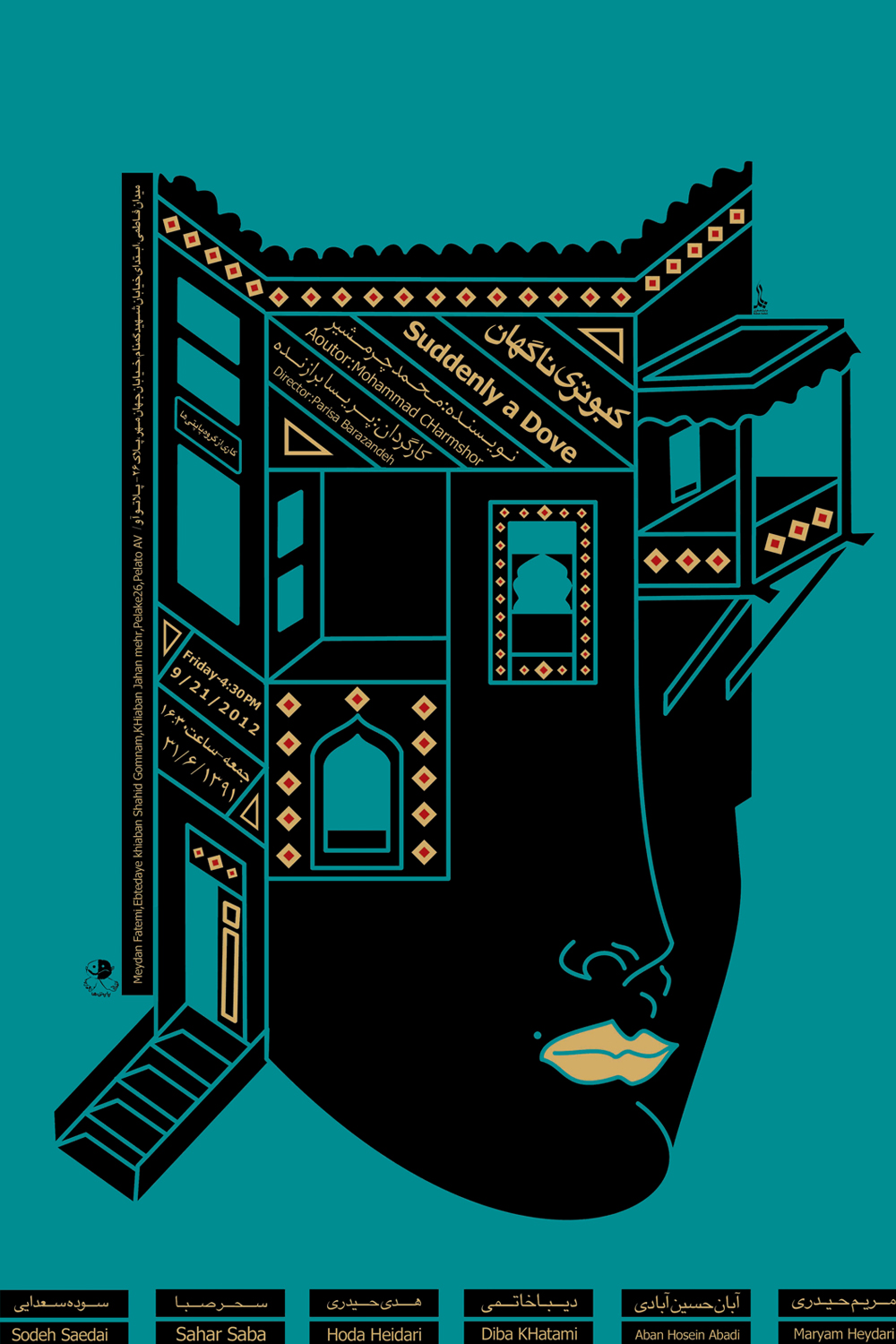 For the second Poster Monday spot of November we have a poster coming from Iran entitled “Suddenly a Dove” designed by Babak Safari. Babak was born in Bandar Abbas, Iran, in 1986. He studied Graphic Design at the Naghshe Jahan University. He works as a designer and his posters have been exposed in several places like the Warsaw International Poster Biennale, ISPB International Student Poster Biennale, Lublin, Moscow Global Biennale of Graphic Design Golden Bee and many more. Currently he is a member of the Union of Designers.

The poster “Suddenly a Dove” was designed for a theatre play about the life and problems of Iranian women in the past. In this poster, a woman’s face is combined with a building, the shape of the building is inspired by Iranian paintings of the 15th century AD. The colors turquoise and golden are traditional in persian work and black is used to show sadness, problems and misery. “Usually, in the production and design of my posters, I try to use the tradition, elements and composition of Iranian art, and usually the 15th-century paintings in Iran have a strong, rich, and completely Iranian composition, and I use them” says Babak. 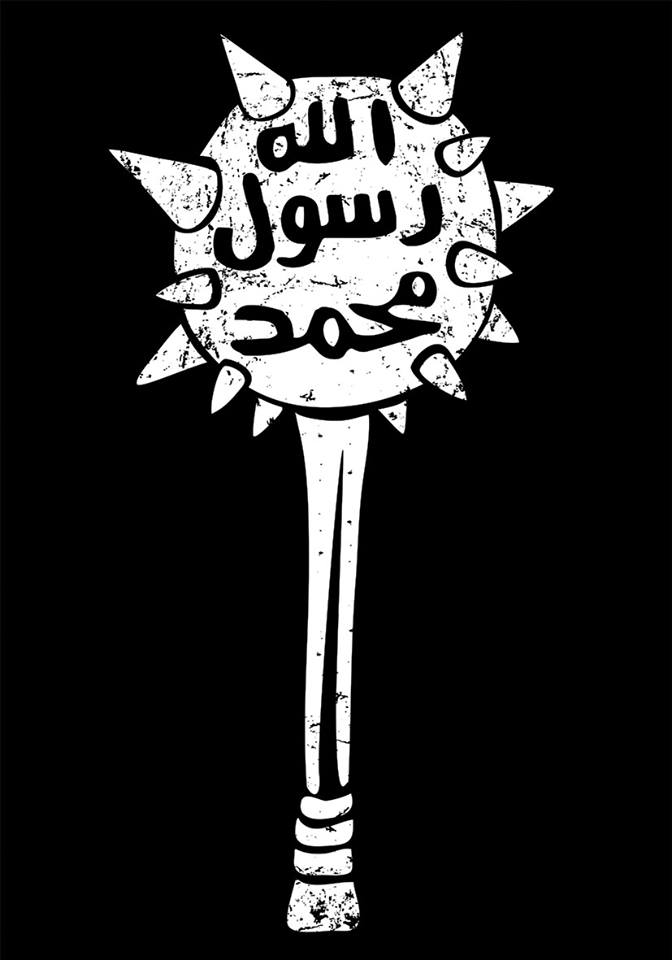 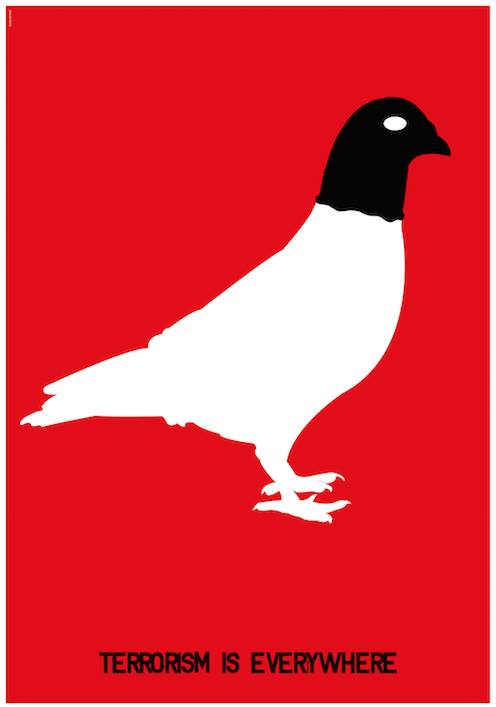 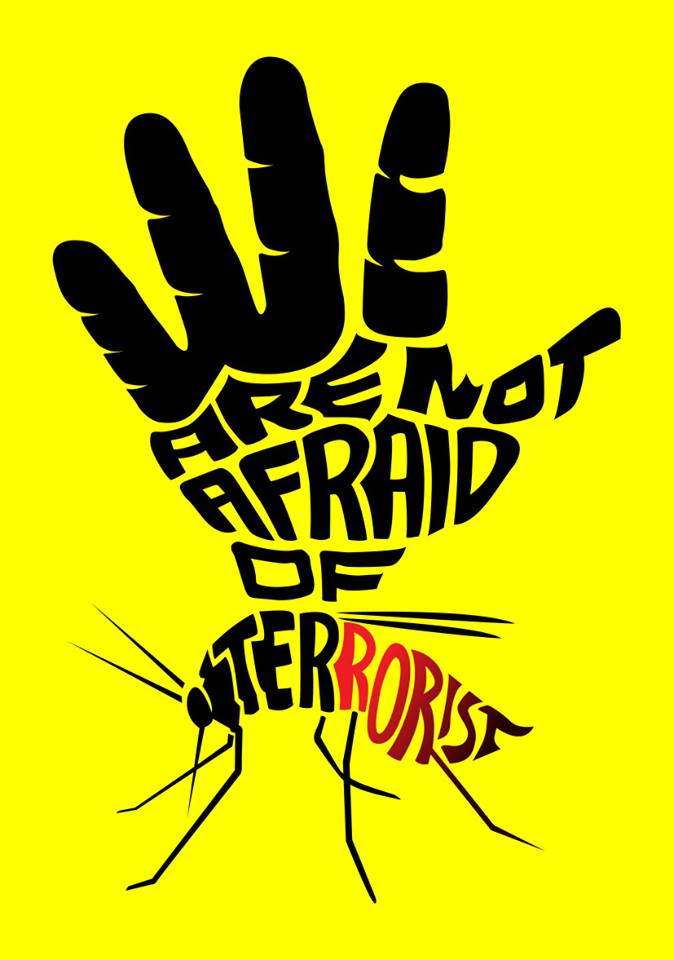 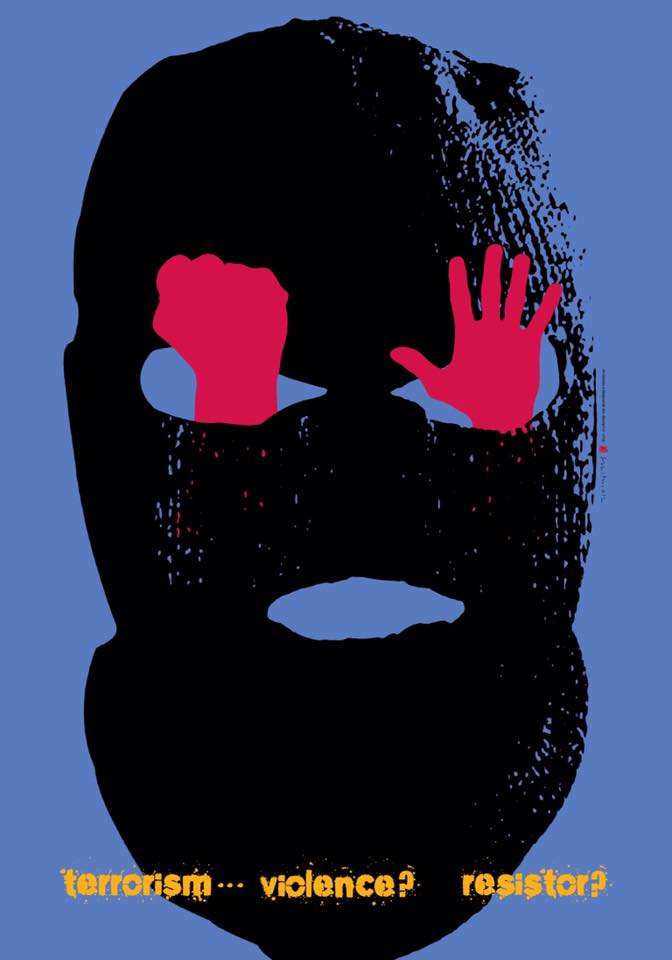 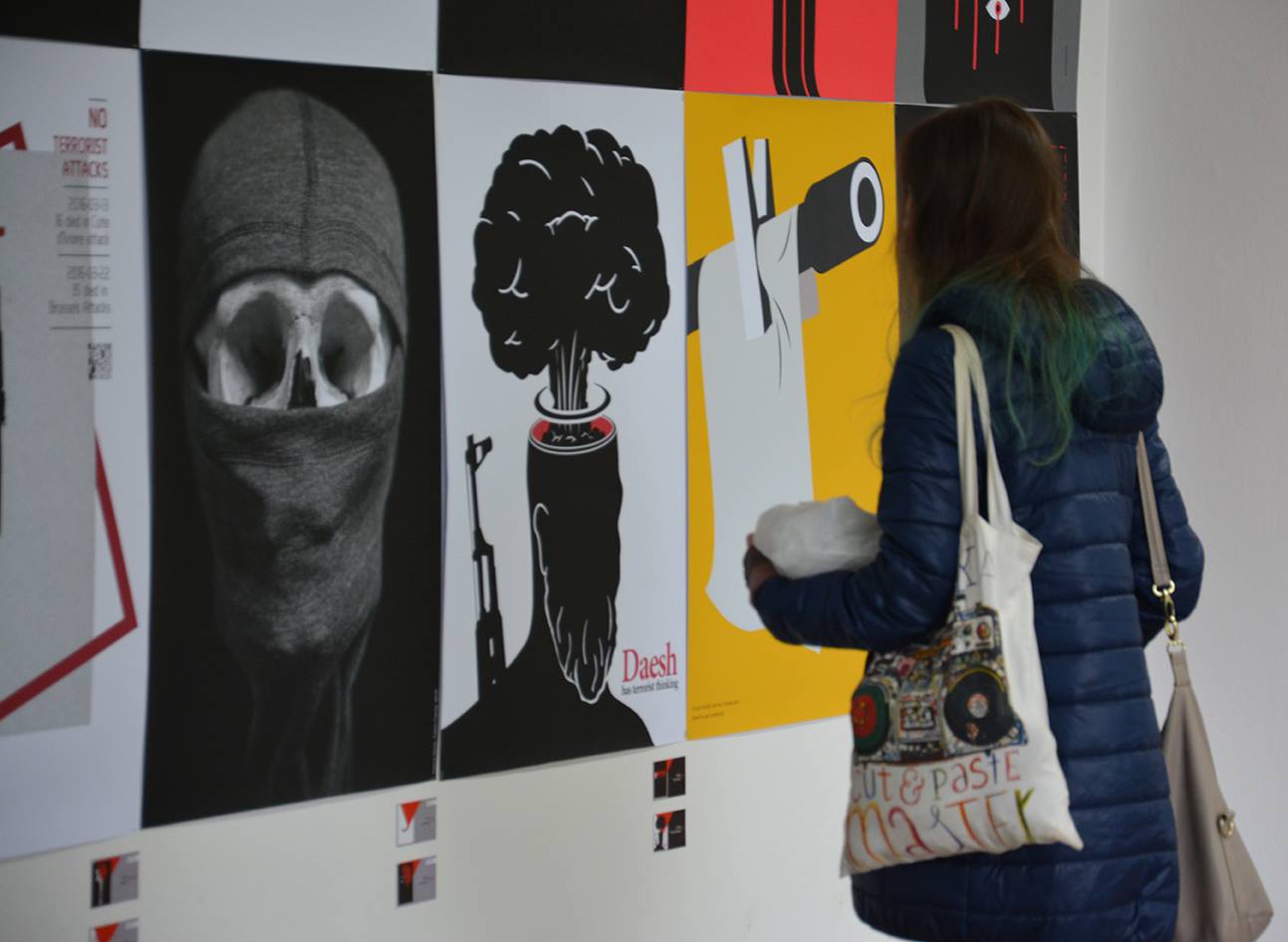 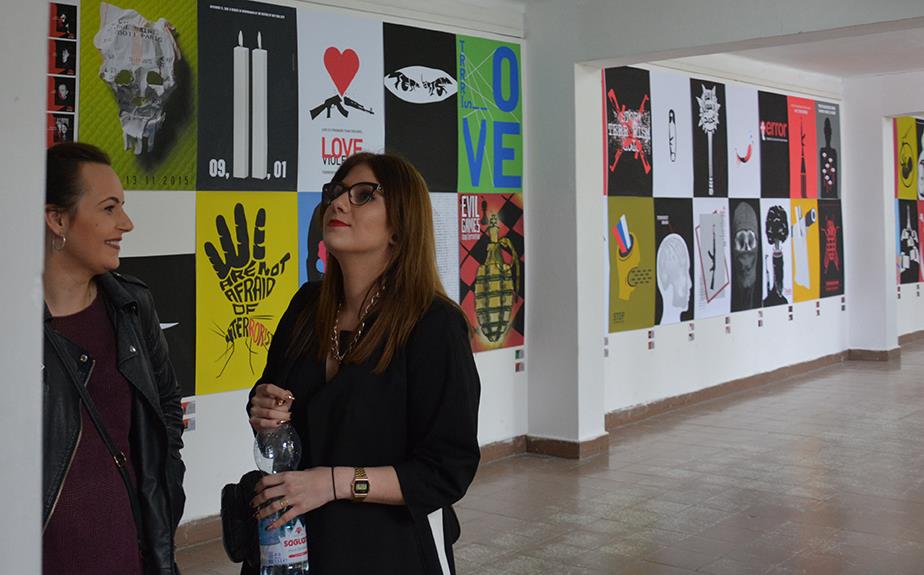 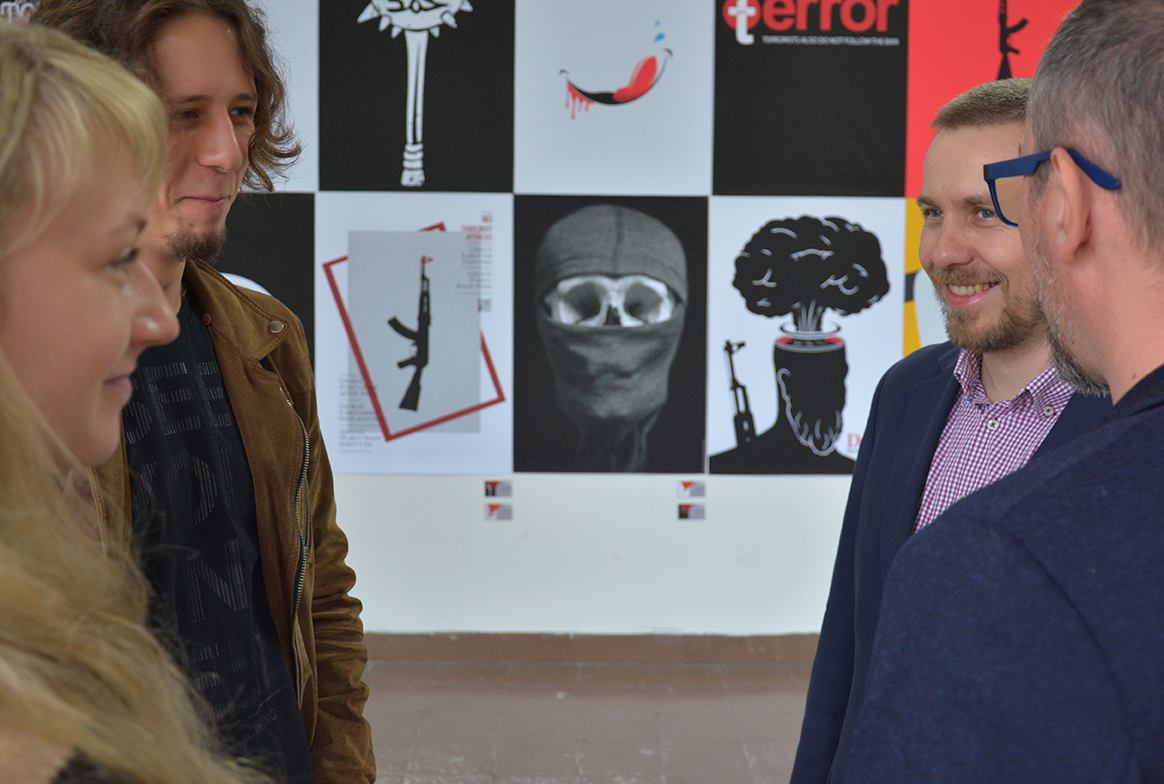 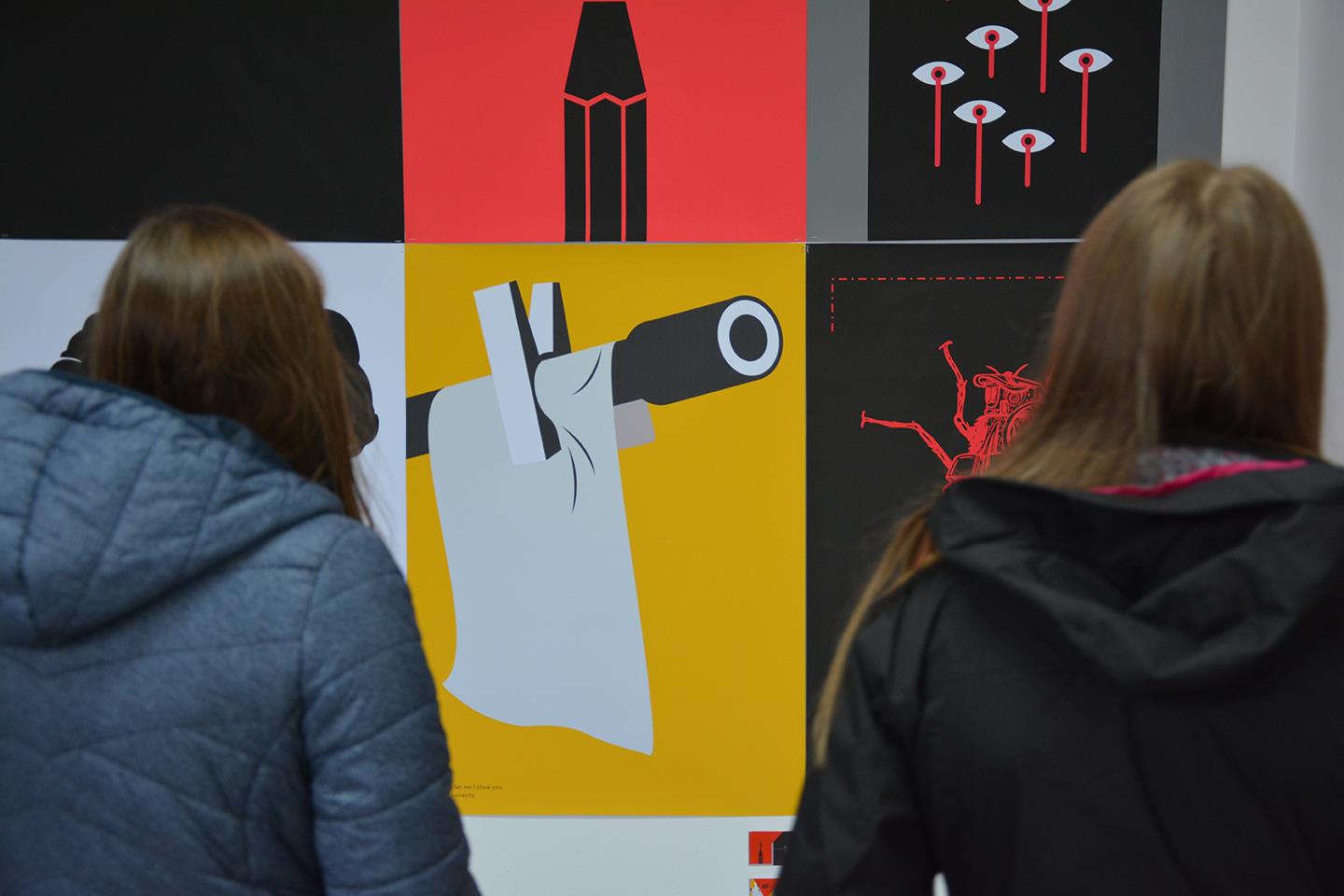 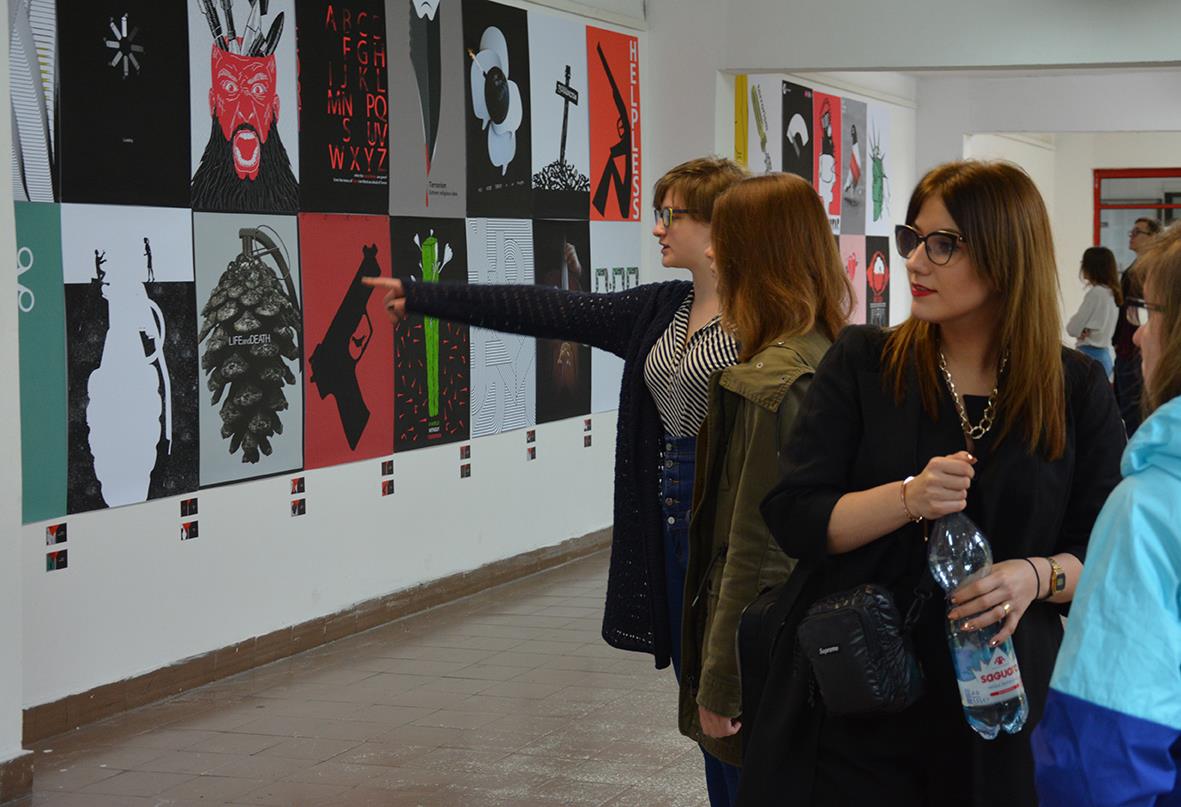 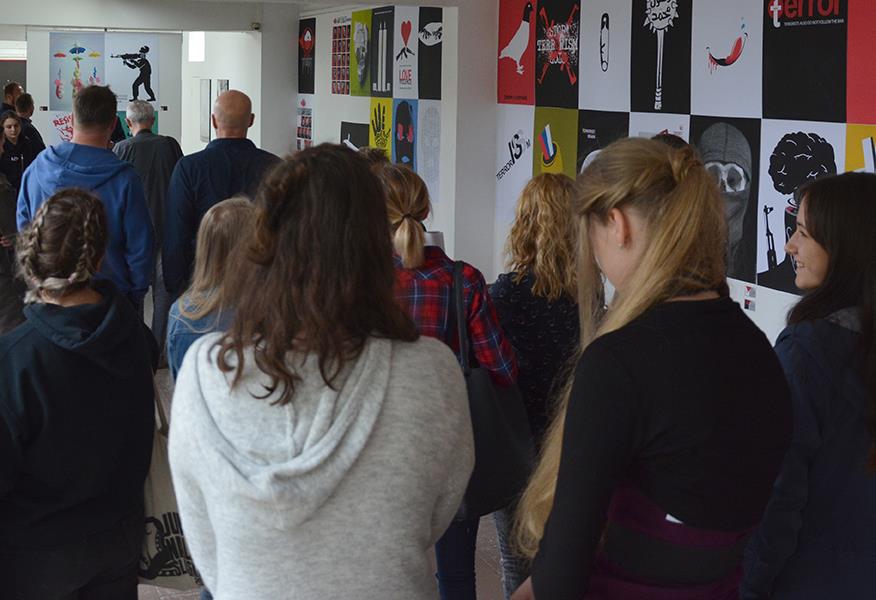 Terrorism is not new.

It has existed in many ways through the ages.

What is new, is a concept exhibition in which, designers from all over the world created posters to express anything related to terrorism, in all its forms and interpretations, putting altogether an interesting demonstration of design. The “Posterrorism” contest received more than 1000 posters from all over, and as result, the jury selected the best 57 entries, plus invited designers such as Alexander Faldin, Sha Feng, Luis Angel Garcia, and many more.

For more information and photos about the project, visit their Facebook page here. 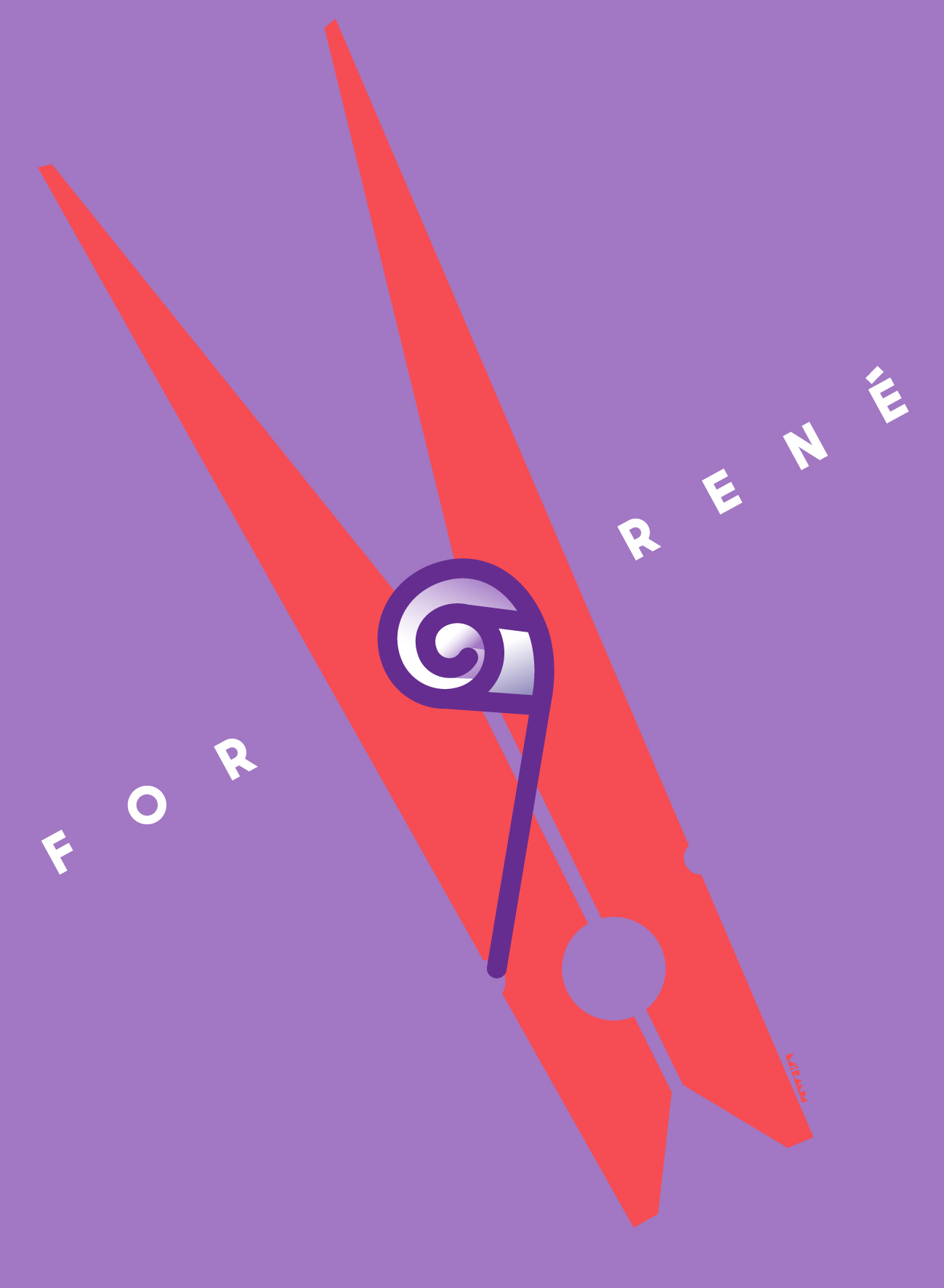 The first Poster Monday spot of August goes to Juan Miranda for the poster “For Rene”. Juan is a 44 year old graphic designer who graduated at Universidad de Buenos Aires in 1999 where he also teaches graphic design as an Adjunct professor. He was born and lives in Buenos Aires, Argentina and works at MoscaOchenta, a small graphic design studio focused in branding, editorial design and postage stamps design.

The  poster “For Rene” is the homage that Juan did for our dear friend Rene Wanner and tells us about it, “I tried to find the singularity of a common object related with posters: a wooden clip. I began with this question “What object, thing, can talk about Rene Wanner?” This object should refer to posters, and say something about posters too. That’s when I remembered the wood clip which made me ask “If Rene were a clip, THE CLIP, how this clip would look like? What’d make extraordinary this ordinary and common thing, because if Rene were a clip it wouldn’t be common at all. I figured out that the answer to this should come out of the the clip string retainer, which shape reminded me a folded poster.

“As a graphic designer i think poster design is the field of graphic design that better fulfills communication by connecting people, enhancing culture by new meanings and points of view. A poster may be the result of a singular or personal point of view but if it’s really well crafted speaks about universal things. The poster is the best place for meaning, surprise, where the common become uncommon, where the impossible becomes plausible in terms of image and word. The world is not a handkerchief, it is a poster” says Juan.

We invite you to take a look at the work from Juan Miranda by visiting his personal website
If you would like to submit a poster to be featured on Poster Mondays find all the info you need to participate on our submissions page.

The Poster Monday spot of the day goes to Ekrem Erkmen Diken aka Dusungec for the poster “Think”. Dusungec is studying graphic design at Yeditepe University in Istanbul, Turkey. He is also currently working as motion designer and singer.

The poster “Think” was inspired by the extinction crisis, as our planet is now in the midst of its sixth mass extinction of plants and animals. This crisis is different because the previous ones were caused by nature in contrast to the current events now believed to be caused by human actions. The poster concept is about animal rights. Science says humans have evolved from animals and the biggest feature that separates us from animals is our brain. Unfortunately, today some people can’t realize that animals have the right to live as we are. “We are not so different as humans. We have no right to kill them. Instead we can do something to protect them” says Dusungec.

If you would like to follow Dusungec and and enjoy watching and listening to his work visit his personal  web page. If you would like to submit a poster to be featured on Poster Mondays find all the info you need to participate on our submissions page. 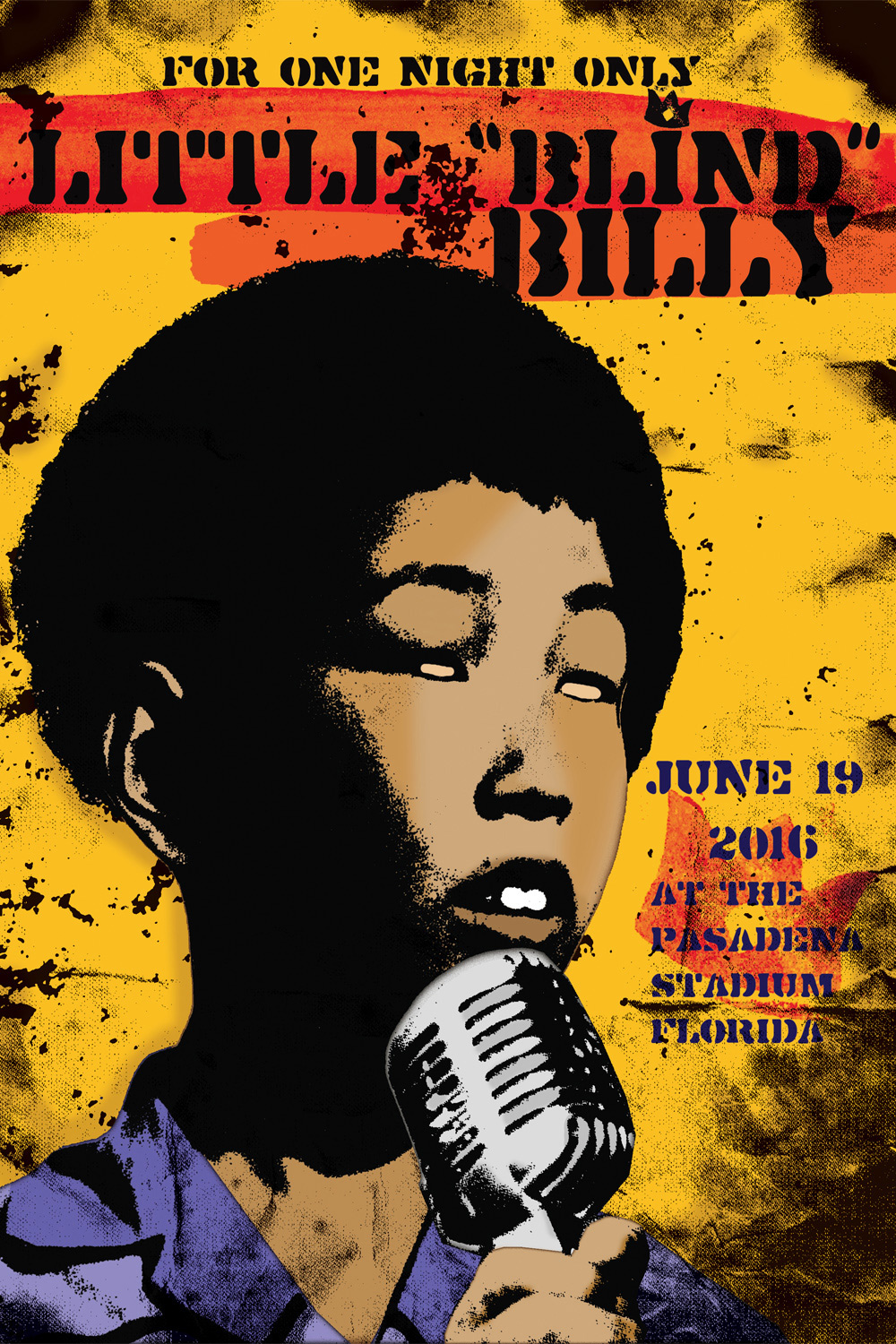 Today on Poster Monday we feature Little ‘blind’ Billy in Concert designed by Pierre-Paul Pariseau, a Montreal based graphic designer. Born in Canada, Pierre is a self-taugh illustrator working for a wide range of international clients. His work has been exhibited regularly, internationally.

This poster has been created about a fictitious young blues singer that is blind. Little “Blind” Billy is a young man that, from a young age, was inspired by the blues of the south, his native land. He was born blind. He became a legend in his own time. The poster is presenting one of his last concert, one night only but a memorable night. Little “Blind” Billy died not long after this concert from a plane crash.

Evoking currents of surrealism and pop art, the creative work of Pariseau invites us into a world of images where everything is possible. From his fusion of collage and digital medium; from his visual articulation of thoughts, moods and emotions, emanates dreamlike scenes, strange theatrical dramas while remaining intriguingly accessible. Happy coincidences, anecdotal events inspire the artist in a fantasy that translates into images made of vibrant colors, stunning juxtapositions and hypnotic reveries that are always compelling. His anthropomorphic creations seem to request storytelling but never impose one. Here the creatures are sentient beings, with emotions and personality. 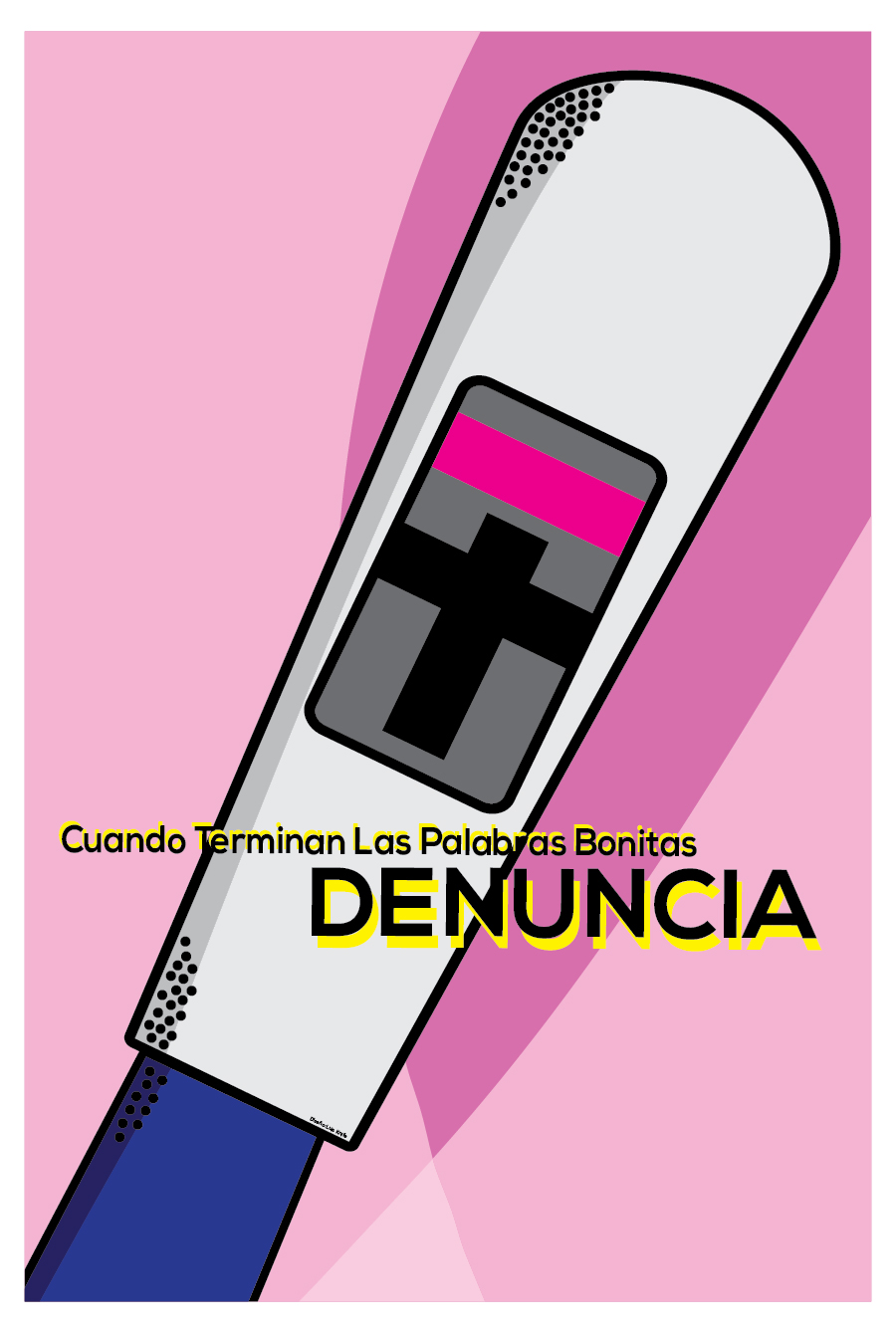 The Poster Monday spot of this week is entitled “Denouncement,” it comes from Mexico and it was designed by Luis Antonio Rivera Rodriguez. Luis Antonio was born in Puebla, Mexico. He graduated in Graphic Design from the Autonomous University of Puebla and is the coordinator and professor of graphic design at the College of Sciences and Humanities Puebla. His work has been selected for many  national and international exhibitions including Tokyo 2014, Reykjavik 2015, 12ème Triennale Internationale de L’affiche Politique (Le Manage) Belgium 2013, International Triennial of Stage Poster Sofia and Biennial 2013 Poster Bolivia BICeBé 2013 among others.

The Denouncement poster design was originated by the deaths that took place in the city of Puebla, Mexico; unsolved cases where pregnant women were victims, mostly from their partners and that the government has done nothing to solve. “I decided to make this picture to share and make our society aware of what it is we are living. We know we can not reach everyone, but contribute a grain of sand and a high image shout. I used the metaphor to make an image more impact and simple understanding” says Rivera.

“I believe that design can help our community in different ways our work can have a social impact, strengthen an idea and that this not only remain on paper but also in the minds of recipients for long” says Luis Antonio.